Renowned Assamese actor and BJP leader Jatin Bora quit the party to lodge his protest against the passage of the Citizenship Amendment Bill 2019.

New Delhi: In the wake of widespread protests against Citizenship Amendment Bill 2019 in Guwahati, the Assam government has appointed Munna Prasad Gupta as the new Police Commissioner of Guwahati. The administration has also made other changes in the police department besides extending the time limit of Internet suspension in the state for another 48 hours, beginning 12 noon today.

The current NIA IG, GP Singh, who is Assam-Meghalaya cadre IPS of 1991 batch, has been asked to take over as Assam ADG Law and Order, while the present ADG Law and Order Mukesh Agarwal has been shifted as ADG CID, as per the state government orders.

The state government also made several other changes. Munna Prasad Gupta has been appointed as the new Guwahati CP, while eight DCP rank officers were transferred in the state. 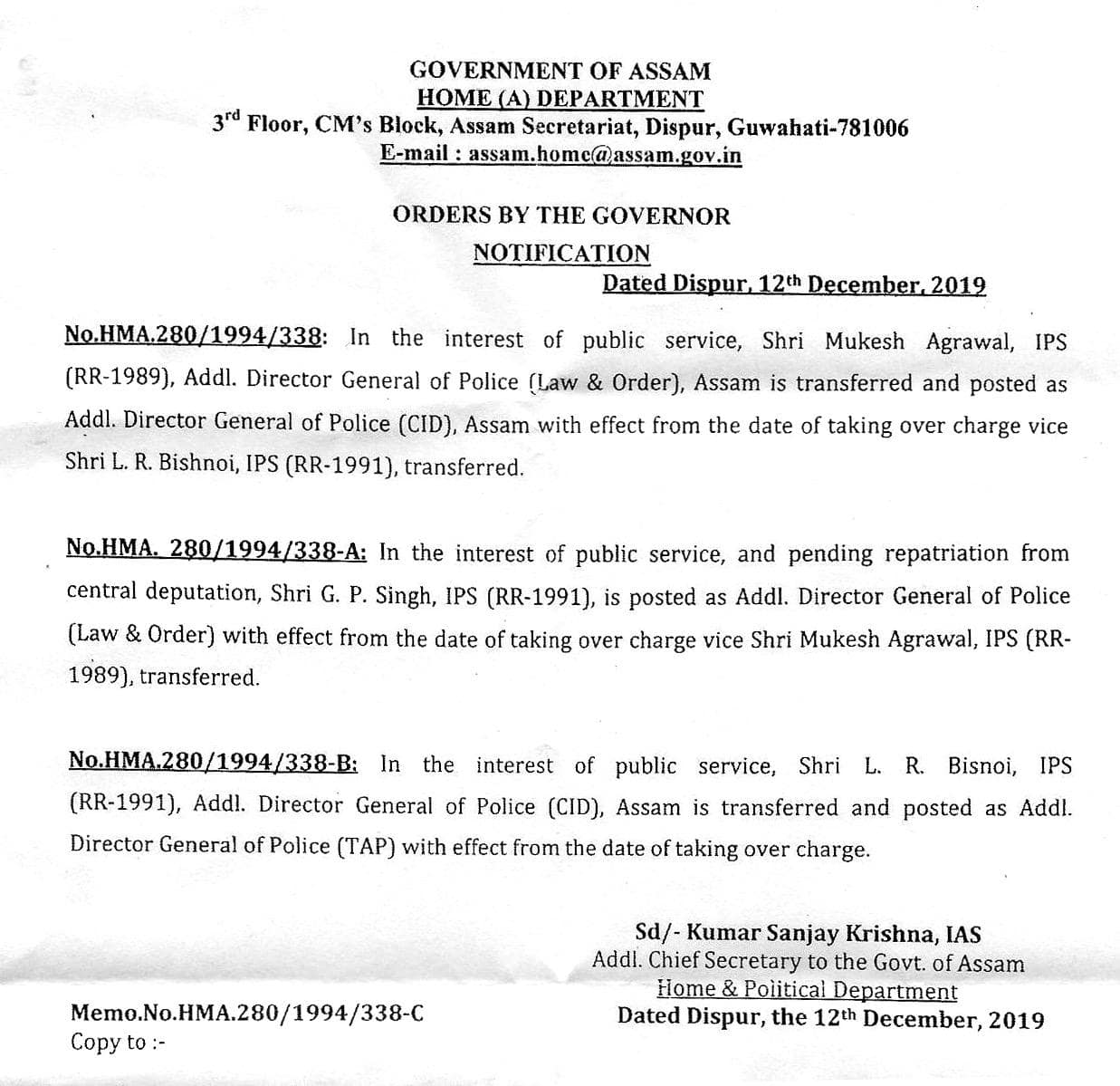 Notably, a protestor was killed in Guwahati, and three others received bullet injuries after police fired at protestors, who were pelting stones at the convoy of a foreign delegation. The police took this step to provide cover to the foreign delegation.

In the ongoing protests, renowned Assamese actor and BJP leader Jatin Bora quit the party to lodge his protest against the passage of the CAB.

Meanwhile, the Nagaland government has issued an advisory warning state people to avoid traveling to Assam in view of the present situation. It has also issued contact numbers for any assistance or any information. 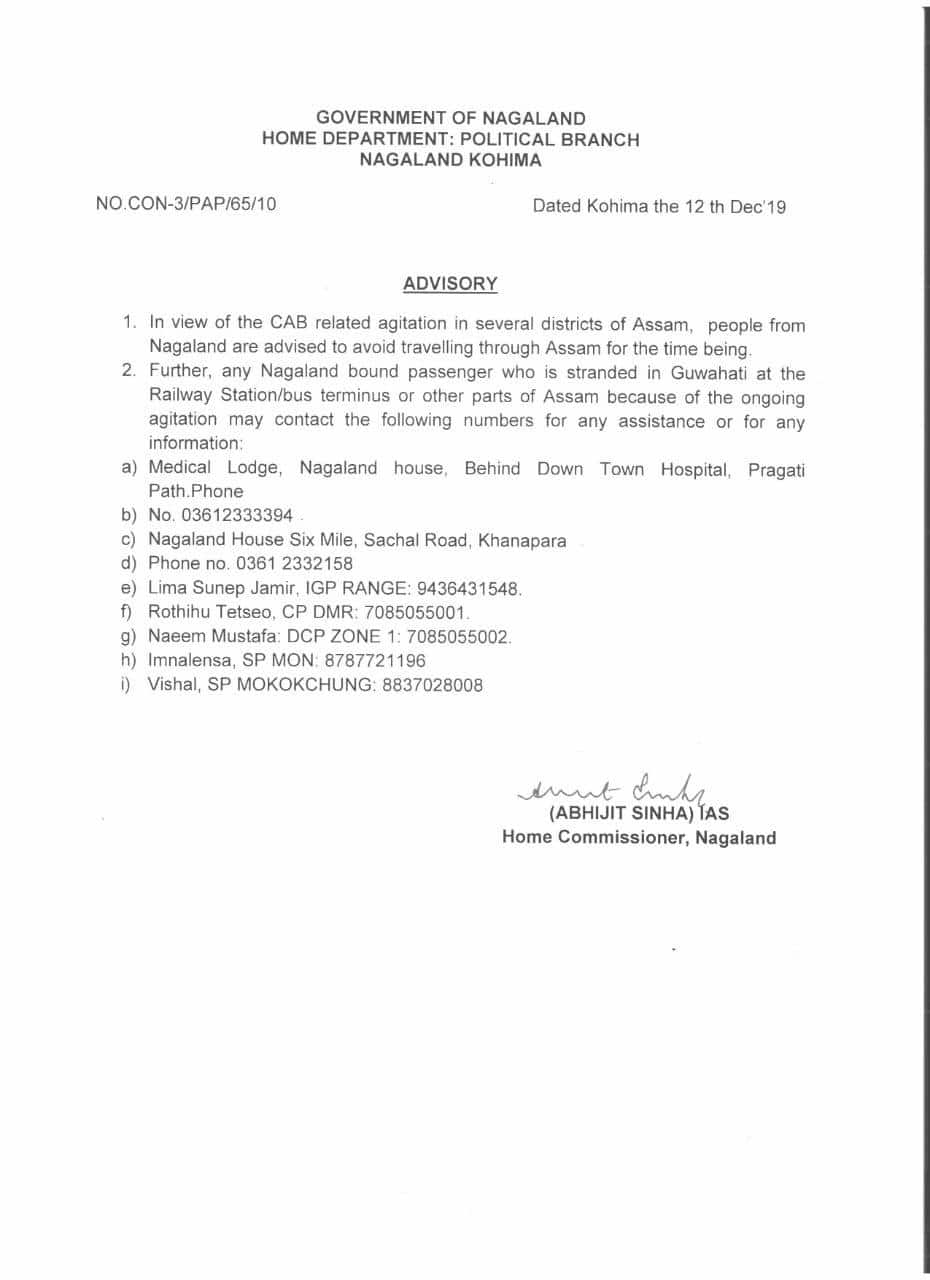 The CAB will give Indian citizenship to refugees from Hindu, Christian, Sikh, Buddhist and Zorastrian communities fleeing religious persecution from Pakistan, Afghanistan, and Bangladesh.

The Citizenship Amendment Bill 2019, was passed in Rajya Sabha on Wednesday (December 11) with 125 votes in favour and 99 against it. Earlier the Bill was passed in Lok Sabha with a thumping majority on December 9.