The decision to confer the highest civilian award on Bhupen Hazarika has overwhelmed the people of Assam and has given immense joy to the family, he said. 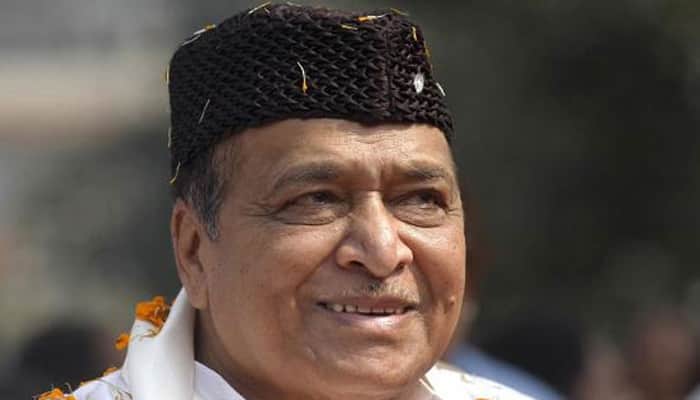 He also clarified that Bhupen Hazarika's son, Tez, did not talk about rejecting the Bharat Ratna in his Facebook post.

Samar's comments come a day after Tez said his father's name and words were being invoked and celebrated publicly (by the Centre) even as plans were afoot to pass the "painfully unpopular" Citizenship (Amendment) Bill.

"We have noticed that a controversy has been created over bestowing the Bharat Ratna to the mass singer by media. In this regard, any controversy is totally unnecessary," Samar, also a renowned singer, said in a statement.

The decision to confer the highest civilian award on Bhupen Hazarika has overwhelmed the people of Assam and has given immense joy to the family, he said.

"Each award has naturally enhanced the pride and honour of every Assamese and Assam," he said.

"He (Bhupen Hazarika) has taken Assam's heritage and strong folk culture through his creations to the world and made each one of us proud," he added.

Samar said his brother had proved to be a good Assamese as well as a great Indian and a global citizen, enriching the social fabric with invaluable creations.

The music of the legendary writer-composer has further enriched the 5,000-year legacy of Indian culture and civilisation on the world stage, he added.

In a Facebook post on Monday, Tez had described the Citizenship Bill as "undermining" the "documented position" of his father, who was awarded the Bharat Ratna -- the country's highest civilian award -- posthumously by the Modi government last month.

"...How the Centre moves on this matter far outweighs in importance the awarding and receiving of such national recognition - a display of short lived cheap thrills," he added.

However, Tez said he had so far not received any invitation to accept the Bharat Ratna conferred on his father, so there was nothing to reject.

The Citizenship (Amendment) Bill seeks to provide Indian citizenship to Hindus, Jains, Christians, Sikhs, Buddhists and Parsis from Bangladesh, Pakistan and Afghanistan after six years of residence in India even if they do not possess any document.

Several organisations and political parties claim that the bill threatens the identity, language and culture of indigenous people.