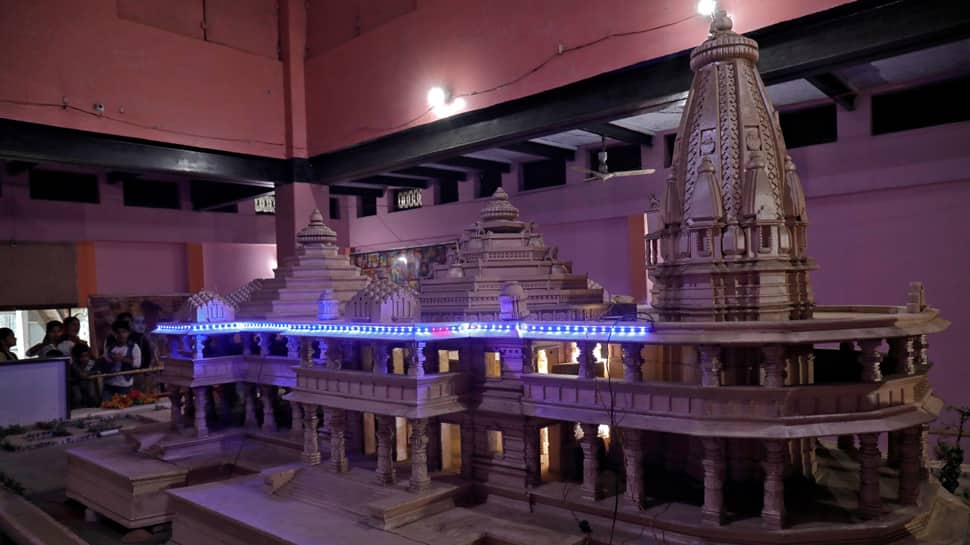 The Supreme Court on Wednesday reserved its verdict in Ayodhya case after hearing arguments from all the concerned parties. Today was the 40th day of hearing in the Ram Janmbhoomi-Babri Masjid land dispute case (Ayodhya case). The apex court has directed the concerned parties to submit written submissions in three days. The lawyer of Hindu Mahasabha, Varun Sinha, said that the SC has reserved the order and has made it clear that the decision will come within 23 days.

Before the conclusion of hearing, the counsel for Sunni Waqf Board advocate Rajeev Dhavan reiterated the demand to restore the mosque saying, "The right to reconstruct the building belongs to us. The bricks are still there...The place still belongs to Waqf."

"My plea is not only for title. There are other aspects. The declaration is for a public Waqf. It was a public mosque. It includes mosque, land and many things. If Hindus are able to prove title before 1855, I adversely own the place for more than 2 centuries," he added.

Earlier on Wednesday, the Sunni Waqf Board surprised everyone by sending a proposal to SC-appointed mediation panel seeking to withdraw from the Ram Janmbhoomi-Babri Masjid land dispute case. It is to be noted that today (October 16) is the last day of hearing in this case. The chairman of Sunni Waqf Board has sent the proposal to Shriram Panchu, who is one of the members of the SC-appointed three-member mediation panel.

Notably, the SC did not hold any discussion on Sunni Waqf Board's proposal and continued ith its proceedings in the matter. There are a total of seven Muslim parties in this case, out of which Shia Waqf Board has already told the SC that it is in favour of construction of a Ram temple at the disputed site. The other six Muslim parties, in this case, are Sunni Waqf Board, Hashim Ansari/Iqbal Ansari, M Siddiq, Misbahuddin, Farukh Ahmed and Maulana Mehfuzur Rahman.

The case is being heard by a five-judge Constitution bench, headed by CJI Ranjan Gogoi. He had earlier set the deadline to finish arguments on October 18, which the bench later rescheduled to October 17. It is expected that the judgment in this case would be passed before the retirement of CJI Gogoi. It may be recalled that CJI Gogoi is set to retire on November 17.