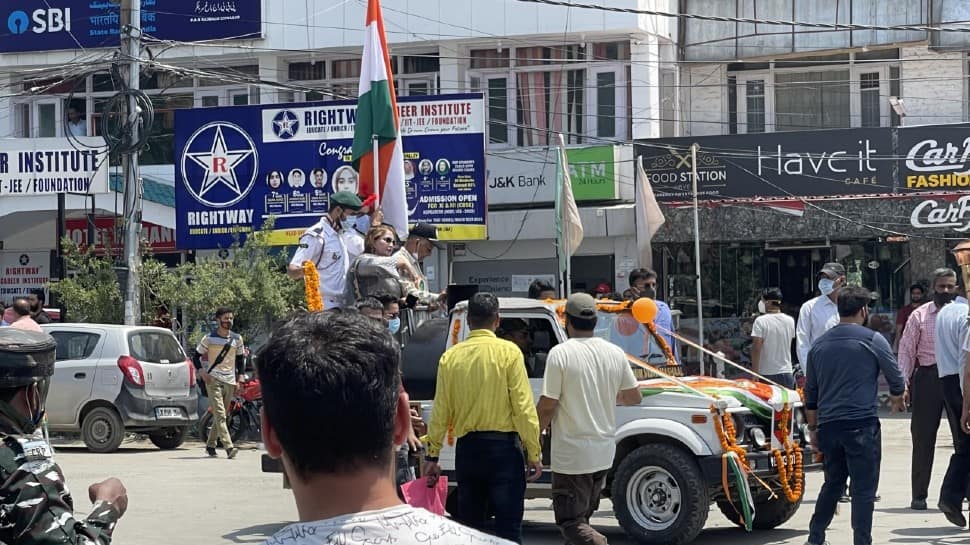 Srinagar: The Indian Army and locals from Jammu and Kashmir celebrated the golden jubilee of India’s victory over Pakistan in the 1971 War, which saw the liberation of Bangladesh.

Such celebrations were seen for the first time in Srinagar.  Many locals said that it was an honour for them to be a part of the rally.

“It is the victory torch of the 1971 war that has reached Srinagar and we welcome it.  Here you must have felt everything new is happening for the very first time in Srinagar,” said Municipal councillor Aqib Renju.

NCC cadet Shabir said, “As many people participate in this, they will know what the country has done for us, how they shed blood for us and they protect us. Change is visible.”

The march reached Ziro Bridge via boats in Jhelum and then marched to Joggers Park in Rajbagh where a festival was organized by the army and 1971 war soldiers were honoured.

Man kills his stepmother, her sister and daughter with sharp-edged weapon in Madhya Pradesh