Suspected Naga rebels on Tuesday gunned down Aboh and 10 others, including his son and security personnel, in Tirap district of Arunachal Pradesh. 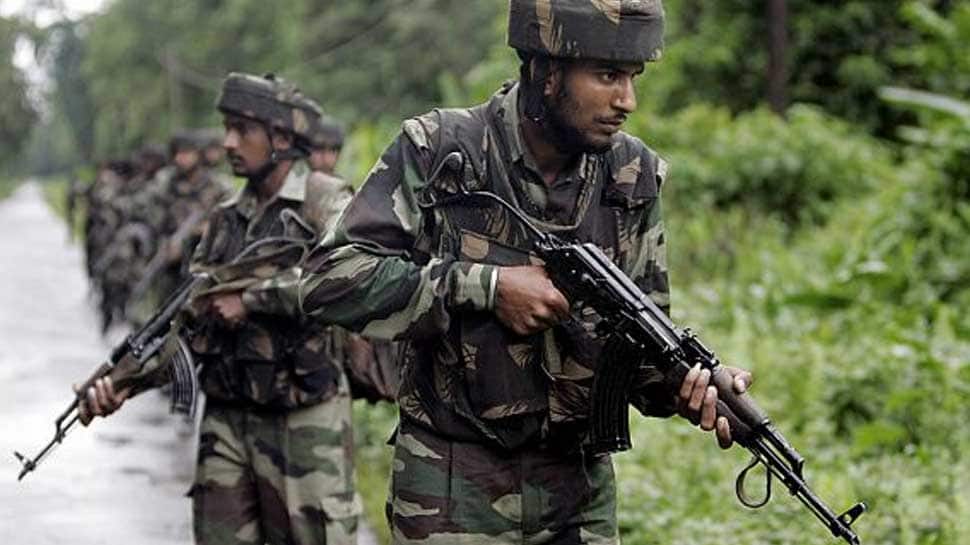 Guwahati: The Army on Tuesday launched a massive operation in and around Khonsa in Arunachal Pradesh where suspected NSCN-IM rebels ambushed the convoy of sitting MLA Tirong Aboh, killing him and 10 others, including his minor son, two personal security officers (PSOs) and some of his relatives.

A senior police official in Itanagar stated that additional forces have been sent to Khonsa and adjoining areas to nab the culprits behind the killing.

"The government has also rushed the DIG (Eastern range), IGP (Law and Order) and the SPs of both Tirap and Changlang districts to the place of occurrence to coordinate the operation," he said.

Suspected Naga rebels had on Tuesday gunned down Aboh, a sitting MLA from Khonsa West constituency, and 10 others, including his son and security personnel, in Tirap district of Arunachal Pradesh.

Police said that Aboh, his minor son and others were travelling in a convoy of four vehicles from Dibrugarh in Assam to Khonsa when the armed militants stopped the convoy at 12 Mile area, located 20 kms from Khonsa and fired upon them.

The MLA was also seeking re-election from the same constituency on a ticket of the National People's Party, headed by Meghalaya Chief Minister Conrad K Sangma.

Union Home Minister Rajnath Singh on Tuesday expressed his ''anguish'' over the killing of an MLA, his son and nine others in Arunachal Pradesh by suspected NSCN rebels and termed it as an "outrageous attempt" to disturb peace in the Northeast.

Singh took to Twitter to condemn the shocking incident.

"Shocked and anguished by the killing of MLA Tirong Aboh ji, his family and others in Arunachal Pradesh. It is an outrageous attempt to disturb peace and normalcy in the North East. The perpetrators of this heinous crime will not be spared. My condolences to the bereaved families," the Home Minister said in a tweet.

Singh's deputy Kiren Rijiju also condemned the incident and demanded strictest possible action against those behind the killing of Arunachal MLA.

In his message, Rijiju said that he was ''shocked and saddened'' by the brutal attack and tragic killing of Aboh, his family members and others.

"Strongest possible action will be taken against those responsible for such dastardly attack," Rijiju said in a tweet.

Arunachal Pradesh Chief Minister Pema Khandu expressed extreme anguish and shock over the ghastly incident and assured that befitting action would be initiated against the perpetrators.

The Governor of Arunachal Pradesh Brig BD Mishra (Retd.) has also expressed his deep grief and condolences on the assassination of Aboh and 10 others and said that the state government is resolved to deal firmly with the situation and the perpetrators of the crime will, sooner than later, have to suffer the consequences of their actions.

The others who were killed in the incident included Wangngoi Hakhun, Jalin Hakhun, Ganwang Hakhun, Matlam Aboh, Pangro, two PSOs of Aboh including Ponhang Agi and B. Siksa, the police said adding that two other victims are yet to be identified.