As Odd-Even comes into effect in Delhi, two fined for driving odd-numbered car

As per the Odd-Even scheme which will remain in place till November 15, vehicles (apart from the exempted ones) will ply alternately on odd and even dates as per their registration numbers. 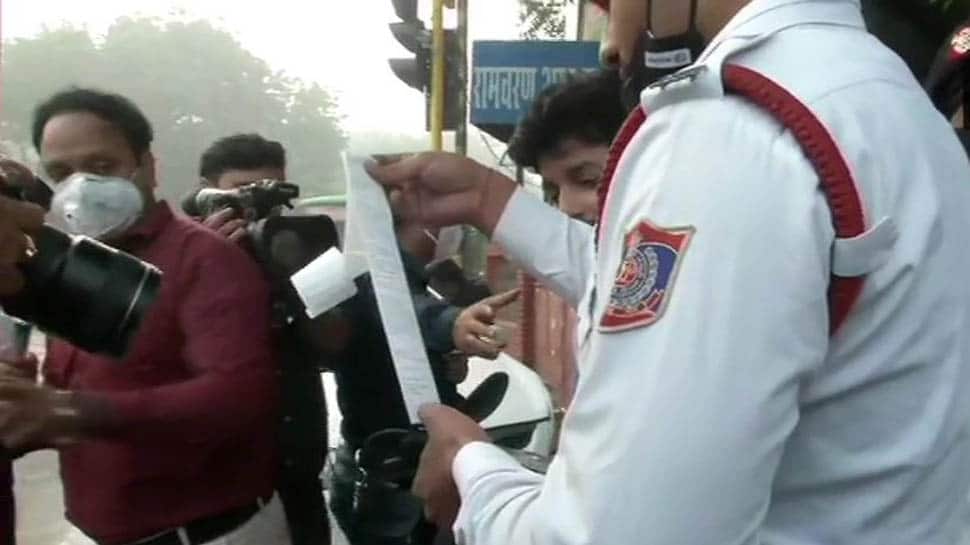 Soon after the Odd-Even scheme came into effect in Delhi at 8 AM on Monday, Traffic Police fined a car driver near ITO for using an odd numbered vehicle. As per the Odd-Even scheme which will remain in place till November 15, vehicles (apart from the exempted ones) will ply alternately on odd and even dates as per their registration numbers. Only vehicles with car registration numbers ending with an even number can ply today (November 4) and anyone caught violating the rule will have to pay a penalty of Rs 4,000. The rules will also be applicable on vehicles with registration numbers of other states.

Talking to ANI, the driver said,”I live in Noida, I had come for some work last night, I was not aware of the fact that Odd-Even scheme is coming into effect from today.” In another instance, another person was fined near India Gate for using a vehicle with odd registration number.

President and Vice President of India, Prime Minister, Governors, Chief Justice of India, Lok Sabha speaker, Leaders of Opposition in the Parliament, Union Ministers, Supreme Court judges, high court judges, Chief Ministers, Lieutenant Governors, UPSC Chairperson, Deputy Chairman of the Rajya Sabha, Deputy Speaker of the Lok Sabha, members of the Lokayukta and defence vehicles will be exempted from the scheme. However, Delhi Chief Minister Arvind Kejriwal and other members of state cabinet are not exempted from this scheme. This time privately-owned CNG vehicles are also not exempted from the scheme.