Two excise officials have been suspended and a probe has been launched into the matter. 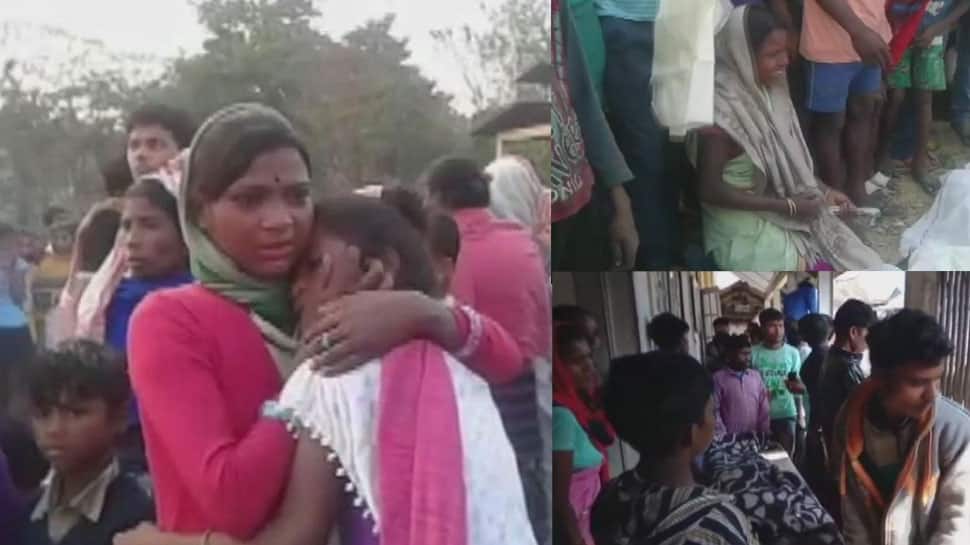 GUWAHATI: The death toll in two districts of Assam -  Golaghat and Jorhat - due to consumption of spurious liquor has risen to 70 with officials saying that several others are still in critical condition at Jorhat Medical College and Hospital.

News agency ANI, however, reported that the official death toll due to consumption of spurious liquor in Golaghat and Jorhat districts of Assam has gone up to 69.

ANI also quoted DSP Golaghat as saying, ''Excise department has started an investigation into the matter."

#Assam: Death toll due to consumption of spurious liquor in Assam's Golaghat & Jorhat districts has gone up to 69; DSP Golaghat (Pic 4) says, "Excise department has started an investigation."; Visuals from Golaghat pic.twitter.com/iIOSWc560Y

The authorities have earlier confirmed the death of at least 33 persons, including 15 women, due to consumption of spurious liquor in two districts, but the toll later went up.

On Friday, at least 40 people were admitted to hospital after consuming spurious liquor, the Assam Police said.

While one incident took place on Thursday night at Salmora Tea Estate in Golaghat, 300 km from here, the other incident occurred in two remote villages under Titabor sub-division of Jorhat district.

The incident took place after the tea estate workers consumed a locally brewed liquor called ‘sulai’, which is made of jaggery and ethyl alcohol, according to media reports.

"Twenty-five persons, including 15 women, died in Golaghat. While 18 persons died at the Golaghat Civil Hospital, the rest breathed their last at the Jorhat Medical College and Hospital," Rathin Bordoloi, Joint Director of Health, Golaghat district, had told reporters earlier.

He said the deceased were taken to the hospitals with complaints of severe vomiting and chest pain.

"We tried our best, but it was too late," he said.

"A total of 55 persons were referred to the Jorhat Medical College and Hospital for treatment. Seven of them died, while 48 others are still undergoing treatment," the doctors at the hospital said.

In the Jorhat incident, several people were initially taken ill after consuming spurious liquor, of whom many died at the local hospital. The others are undergoing treatment, the police said.

The locals said many consumed liquor at the tea estate on Thursday night after procuring the stock from a particular seller. Several of them took ill immediately and were rushed to the hospital.

The locals complained about a nexus between the police and illegal liquor sellers.

Assam Chief Minister Sarbananda Sonowal has expressed grief over the incident and sent a team to the two districts to take stock of the situation.

"The state government has suspended two excise officials after holding them responsible for the tragedy. We have also asked a four-member team, led by Additional Commissioner of Excise Department Sanjib Medhi, to probe the incident," said Shuklabaidya.

The probe committee has been asked to submit its report within a month, said reports.

The tragedy struck the two districts of Assam less than a fortnight after nearly 100 people died of alcohol poisoning from country-made liquor in Uttar Pradesh and Uttarakhand.