Mulayam Singh Yadav praised Narendra Modi for taking everyone together as PM and said he had done good work in the last five years. 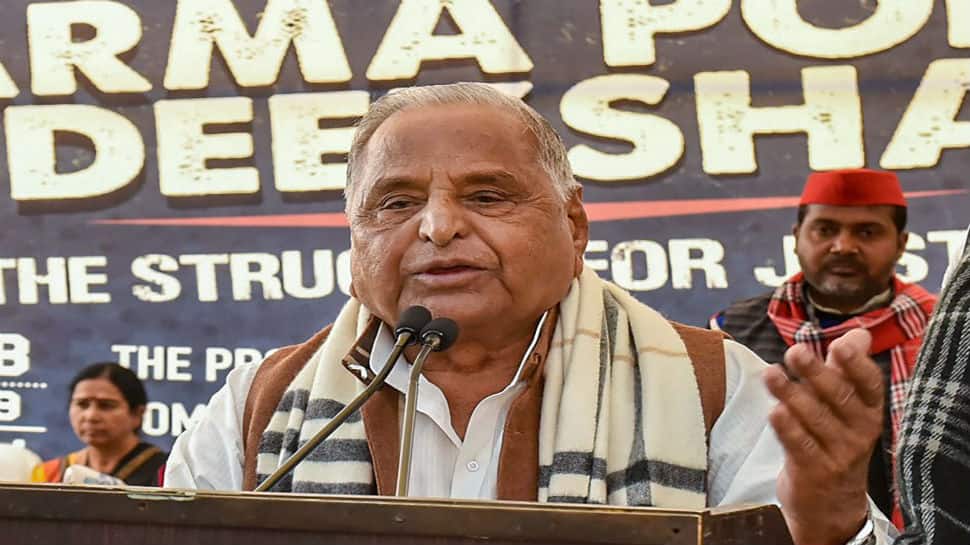 New Delhi: On a day when most Samajwadi Party leaders opted to keep their lips sealed following Mulayam Singh Yadav's praise for Prime Minister Narendra Modi, Azam Khan claimed that the words of SP's founder were forced upon him.

Mulayam, once a vocal critic of Narendra Modi, said in Parliament on Wednesday that he wished to see the current PM getting another term in office. The sudden change in opinion caught opposition parties off guard and SP, specifically, looking for cover. Veteran party leader Azam Khan, unlike many of his fellow SP colleagues, chose to not remain silent. "It was very sad to hear," he told news agency ANI when asked for his view on Mulayam's remarks. "This statement is not of Mulayam ji. It has been forced upon him," he said.

While Azam Khan may claim that it was a statement thrust upon Mulayam, political analysts mostly see Wednesday's development as a shift in posturing ahead of the crucial Lok Sabha elections. For a politician as seasoned as Mulayam to back PM Modi would be a shot in the arm for the BJP, a party that has forced arch UP rivals SP and BSP to come together. In fact, Akhilesh Yadav has time and again slammed the BJP and said that the party needs to be ousted from the state. He has also participated in a number of political rallies called against Narendra Modi and the BJP by opposition leaders.

Mulayam himself was known for his anti-Modi remarks of the past. Before the 2014 elections, he had said that Modi would never become the PM and that he lacks the vision to govern the country. After the elections and once proven wrong about Modi becoming PM, he had accused him of copying his schemes of building homes and adopting villages. Much, however, has changed since 2014 with a bitter family feud within SP splitting the party and Mulayam's brother Shivpal Yadav breaking out to establish his Samajwadi Secular Morcha.

While both Akhilesh and Shivpal claim that they have Mulayam's blessings, Wednesday's remarks in Parliament is likely to leave Akhilesh red-faced even as BJP sees it as a strong message.