Chetan Cheetah was fatally shot by the terrorists during a fierce gunbattle in Hajin area of Bandipora in North Kashmir in February last year. 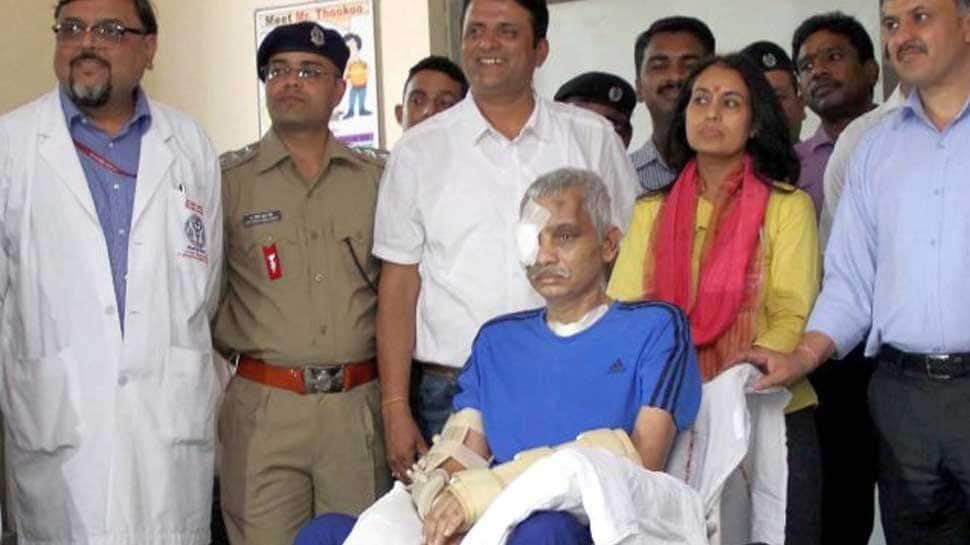 Cheetah, who reported back to duty last week, was fatally shot by the terrorists during a fierce gunbattle in Hajin area of Bandipora in North Kashmir in February last year.

Cheetah's survival was ''nothing short of a miracle'' as he was left almost dead after the gunbattle in Hajin.

Cheetah had suffered multiple gunshots during the encounter between terrorists and security forces in the wee hours of February 14, 2017, in Hajin area of Bandipora.

The gunbattle started after an Army patrol party, which was conducting a search operation in Bandipora, was targeted by the terrorists hiding in the area.

Cheetah, the Commandant of 45 battalion, bravely stalled the terrorists and ended up in suffering multiple gunshots.

After being shot 9 times by the terrorists, the CRPF braveheart was initially taken to the base hospital in Srinagar where he was operated upon and given primary treatment, after which he was flown to the AIIMS Trauma Centre.

Union Home Minister Rajnath Singh had praised Cheetah’s courage, will and determination, and later Army chief General Bipin Rawat too visited him while he was in the hospital.

Cheetah had joined the CRPF in Jaunary, 1998.

Cheetah, who hails from Rajasthan, was later awarded the Kirti Chakra, the second highest peacetime gallantry medal last year, for his exploits against the terrorists.