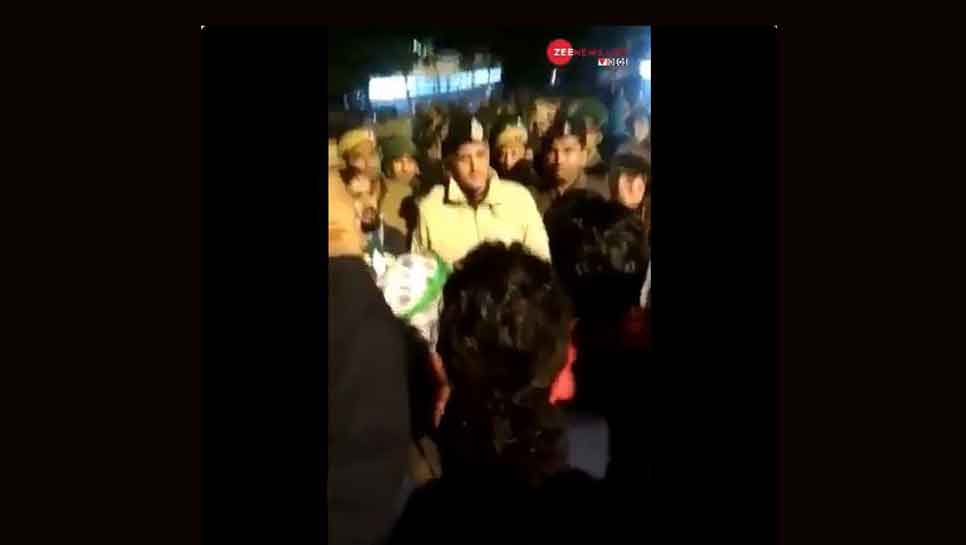 BENGALURU: Even as the police is facing backlash over the handling of protests erupting in several parts of the country in the wake of Citizenship Amendment Act (CAA), a police officer in Karnataka's Bengaluru is winning the internet for his unique way of pacifying the protesters at Town Hall who had gathered to demonstrate against the Citizenship Amendment Act in the city.

Another video posted by news agency ANI has been widely shared on social media with people praising the officer for his presence of mind and ability to peacefully disperse the agitators.

#WATCH Karnataka: DCP of Bengaluru(Central),Chetan Singh Rathore sings national anthem along with protesters present at the Town Hall in Bengaluru, when they were refusing to vacate the place. Protesters left peacefully after the national anthem was sung. #CitizenshipAmendmentAct pic.twitter.com/DLYsOw3UTP

The DCP, standing in the middle of a large crowd, can be heard saying “…when people speak in anger, a mob mentality arises and everyone, including me (him) will then have to pay the price”.

He continues: “…miscreants could be hidden among us, and if they capitalise this protest it will turn into a mob, and we will all be defeated….if you believe in me, then all our countrymen should sing with me.”

Raging and massive protests against the Citizenship (Amendment) Act (CAA) continued in several parts of India with demonstrators resorting to violence disobeying the law on Friday.

On Thursday, at least three people died, several got injured and hundreds were detained after massive protests erupted across the country. Protesters from a wide social and political spectrum joined forces as protest marches and meets were organised at many places.