Addressing a press meet, BJP vice-president Pratap Bandyopadhyay said the party wanted to field both old-timers and new faces, after taking into consideration their track record and support base. 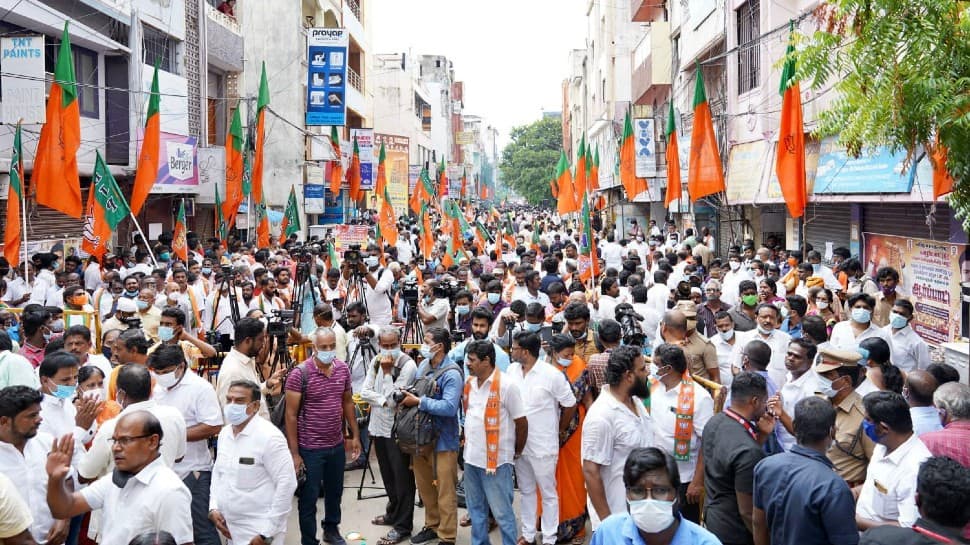 Kolkata: The BJP on Monday released its list of candidates for elections to the 144-ward Kolkata Municipal Corporation (KMC), to be held on December 19.

Addressing a press meet, BJP vice-president Pratap Bandyopadhyay said the party wanted to field both old-timers and new faces, after taking into consideration their track record and support base.

"We have fielded 50 women and 48 young people. There are school teachers, professors, doctors apart from an ex-colonel and five advocates on the list. The party chose the ones who have a clean image and proven track record," Bandyopadhyay said.

To a question, party spokesperson Shamik Bhattacharya, who was also present at the meet, said, "The BJP is ready to fight the civic polls. We had decided on 75 per cent of the names two-and-half months back."

Talking about the petition the saffron party has filed before Calcutta High Court seeking elections to all municipal bodies in the state in a single phase, Bhattacharya said it would wait for the judiciary to take a call on the matter.

"We will go by whatever the judiciary decides. People of other municipalities, too, had not been able to vote for the last couple of years, despite the term expiry of the boards," he added.

Bhattacharya further said that the BJP doesn't believe in "family-driven politics unlike some other parties" and the selection process went through a transparent and fair process.

He was probably referring to the TMC, which has fielded candidates who share ties with the top leaders, notable among them being party supremo Mamata Banerjee's sister-in-law Kajari Banerjee.

"No personal likes or whims influenced our decision," Bhattacharya added.

Earlier in the month, the ruling TMC, the CPI(M) and the Congress have announced the names of candidates for KMC elections.