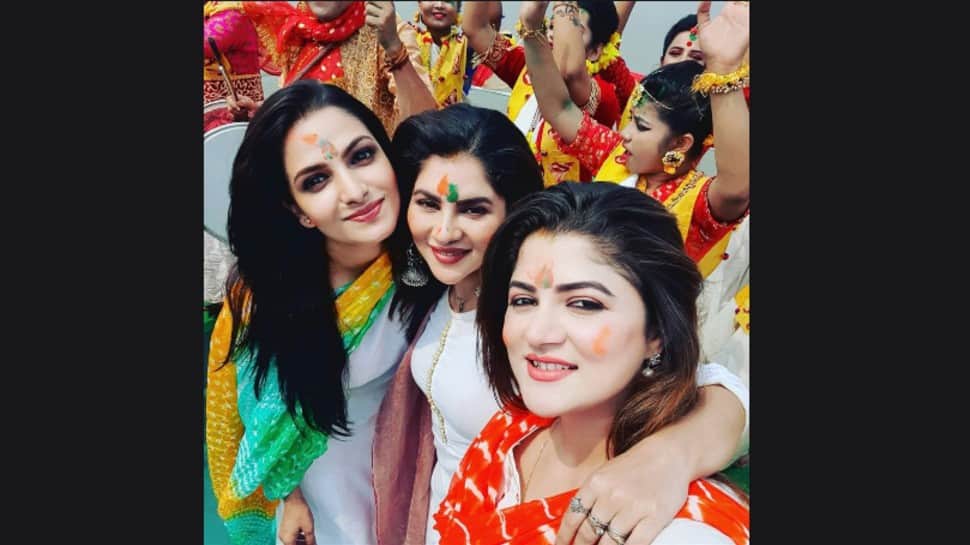 Mitra, the TMC candidate from Kamarhati constituency, celebrated the festival of colours with Payel Sarkar, Srabonti Chatterjee and Tanushree Chakraborty, who are contesting the West Bengal assembly elections on BJP tickets from Kolkata's Behala East and Behala West seats and Howrah's Shyampur respectively.

Singing popular Holi-special Bengali song, 'Khelbo Holi rong debona', Mitra said, "They are my friends. We have known each other for many years. There shouldn't be any politics on Holi. I invited them and they are here."

"Political differences should not overshadow our personal relations. We can have different political ideologies but we are all together on Holi, which speaks of amity and harmony. This is the culture of West Bengal," he added.

Tanushree said, "I was on a campaign trail till yesterday but today, I have taken a break."

Srabonti and Payel also called for forgetting political differences and celebrating the festival.

They also shook a leg with Mitra and smeared colours on each other.

In other parts of the state, too, many candidates including actor Rudranil Ghosh and filmmaker Raj Chakraborty celebrated the festival while campaigning in their respective constituencies.