BrahMos missile's range to be increased to 500 kms

BrahMos Aerospace company managing co-director Alexander Maksichev said that the range of BrahMos supersonic cruise missiles is planned to be increased to 500 km from 400 km. 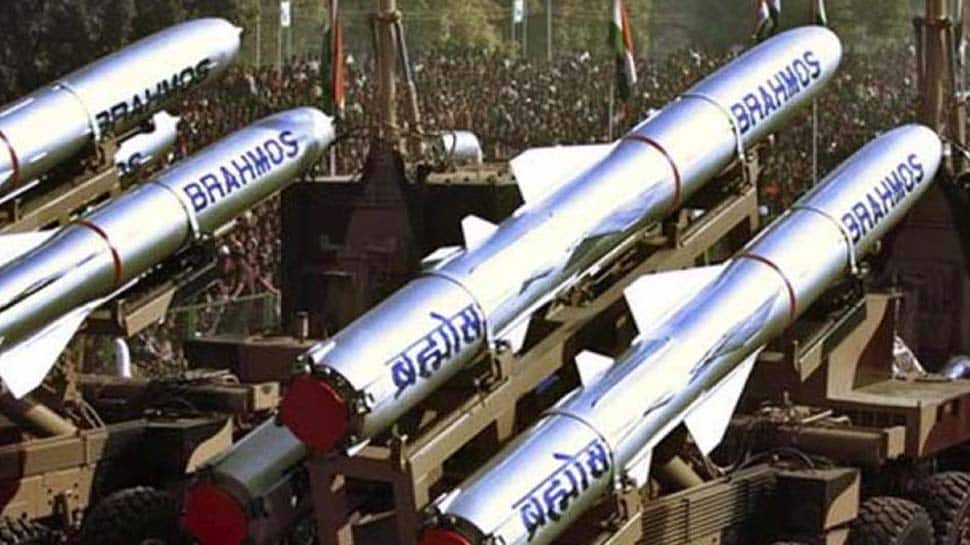 India's supersonic cruise missile BrahMos is all set to get an enhanced range to hit targets 500 kilometres away. BrahMos currently has a maximum range of 400 kilometres and work has already started on increasing its range.

BrahMos Aerospace company managing co-director Alexander Maksichev told Russian news portalsputniknews.com that the range of BrahMos supersonic cruise missiles, produced jointly by Russia and India, is planned to be increased to 500 kilometres (311 miles) from 400 kilometres. "We will come to hypersound via an increase in range. We have already confirmed 400 kilometers, in order to increase the range to 500, it is needed to increase the speed. Now the missile flies at speeds of 2.8 mach. We will achieve the speed of hypersound through modernization, it is more than 4.5 mach," Sputnik.com quoted Maksichev as saying.

While the Indian Amry, Indian Air Force, and Indian Navy have BrahMos in their arsenal, the current range limits their ability to hit targets deep inside the enemy territory.

A newer and lighter version of the missile called BrahMos NG (Next Generation) is also in the pipeline. BrahMos NG is likely to be test fired in the next two to three years with the missile expected to join active service in about four years.

BrahMos NG is being developed for the IAF which can fit it in its fighters like the Sukhoi Su-30MKI and Tejas Light Combat Aircraft. The new version of the missile will weigh 1.5 tonnes whereas the one in service with the IAF has a weight of 2.5 tonnes, limiting the number of missiles which can be fitted in Su-30MKIs.

While the Su-30MKIs can carry just one BrahMos at present, the jet is being reconfigured to carry five missiles once the lighter version enters service. While one BrahMos NG will be fitted under the Su-30MKI's fuselage, the two wings of the fighter will carry two missiles each.