Centre opens contest for more than 100 fighter jets, at least 90 to be made in India 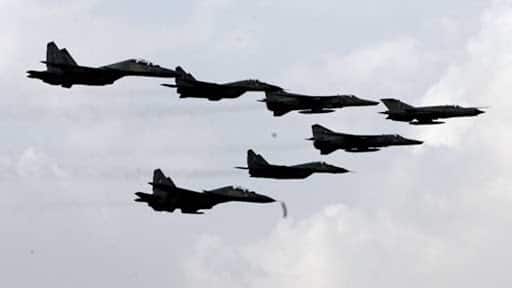 NEW DELHI: India is seeking to buy around 110 fighter jets, the air force said in a request for information issued on Friday, marking the first step towards a long-delayed deal that could be worth more than $15 billion.

Boeing, Lockheed Martin, Saab and Dassault Aviation are among the manufacturers expected to compete.

The planes must be built largely in India as part of Prime Minister Narendra Modi`s drive to build a domestic industrial base.

The air force said in a notice that "85 percent will have to be made in India by a Strategic Partner/Indian Production Agency".

The tender will be open for makers of both single engine and twin-engined combat jets, in a widening of the field. The Eurofighter Typhoon and Russian aircraft are also potential contenders under the new requirements.

A spokesman for Dassault Aviation which makes the twin-engine Rafale declined to comment.

Earlier, the defence ministry had sought expressions of interest from single-engine manufacturers which effectively restricted the contest to Lockheed`s F-16 and Saab`s Gripen fighter jets.

But in February the government asked the air force to open up the competition to twin-engined aircraft, in the latest flip-flop in policy that has delayed the acquisition process for years and left the air force short of hundreds of planes.

India began its search for new planes for the Indian air force in 2003 to replace its Soviet-era MiG fighters.

Lockheed has teamed with India`s Tata Advanced Systems to build the planes locally while Sweden`s Saab has entered into a partnership with the Adani Group, a resources conglomerate. The other contenders have not announced their local partners.

The request for information is open until July, the air force said.

A request for proposal will then be issued followed by bid evaluations and contract negotiations. The process could take years, officials say.

Was Defence Ministry website hacked? Government can't decide, says both yes and no