A month ago, Prime Minister Narendra Modi had announced that the century-old railway station would be renamed after MGR.

Chief Secretary Girija Vaidyanathan, in a notification issued by the state government, said that the name of the railway station would be changed with effect from April 5.

“The name of Chennai Central railway station, situated in Chennai, Chennai district, Tamil Nadu, shall be changed as per the following schedule, from the date of issuance of this notification,” read the notification. 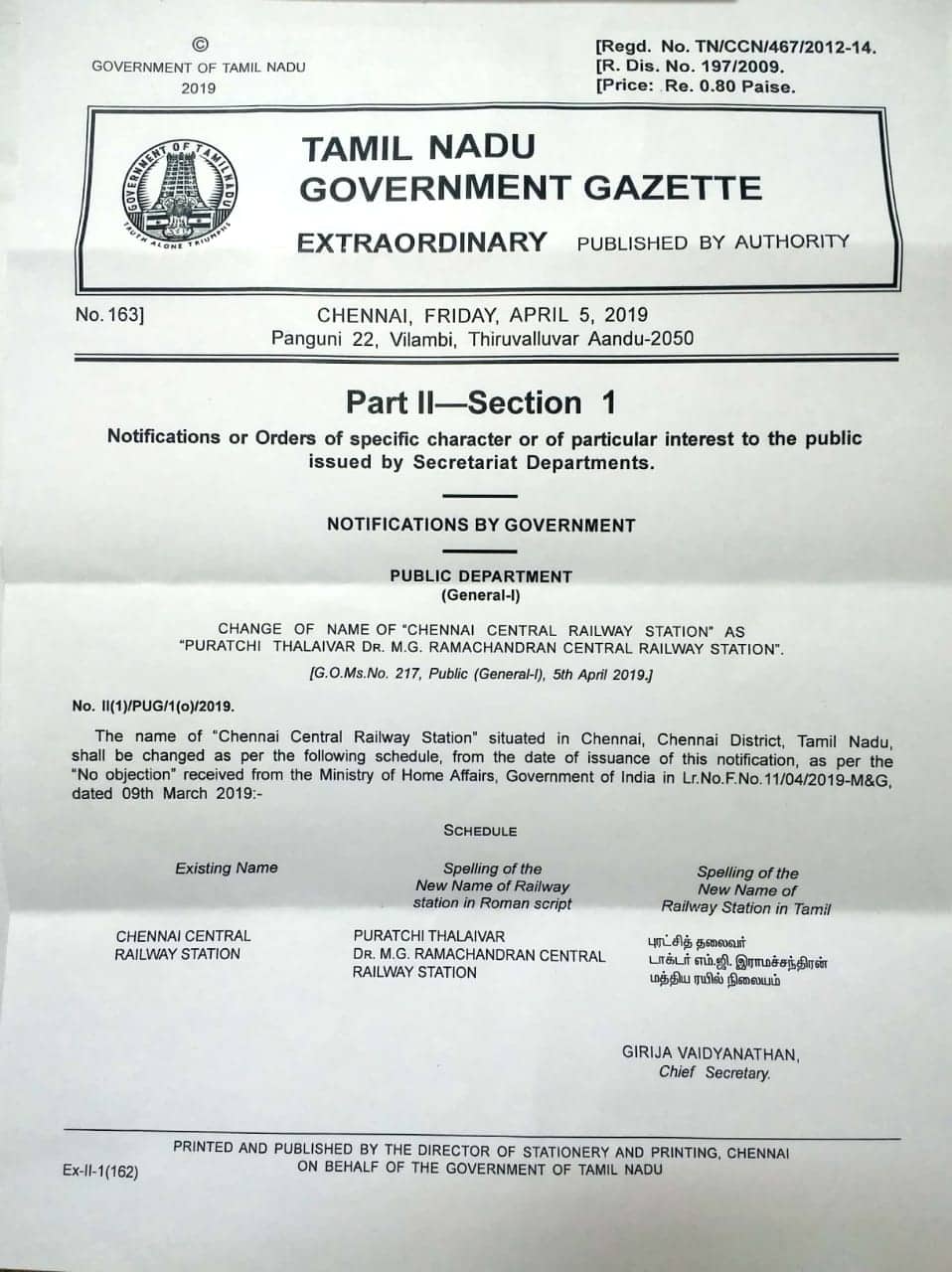 A month ago, while addressing an AIADMK-BJP-PMK alliance election rally in Tamil Nadu, Prime Minister Narendra Modi had announced that the century-old railway station would be renamed after the late AIADMK founder MGR, also a former Tamil Nadu chief minister.

Tamil Nadu Chief Minister K Palaniswami later thanked PM Modi for deciding to rename the railway station and said that the state cabinet had in September 2018 unanimously resolved to recommend to the Centre to rename the station as 'Puratchi Thalaivar Dr M G Ramachandran Railway Station' in memory of MGR.

"On behalf of the people of Tamil Nadu, I express my heartfelt thanks to you for the announcement," he said.

The chief minister recalled that M G Ramachandran was honoured with the highest civilian award, Bharat Ratna, in recognition of his outstanding contribution to public service in 1988.