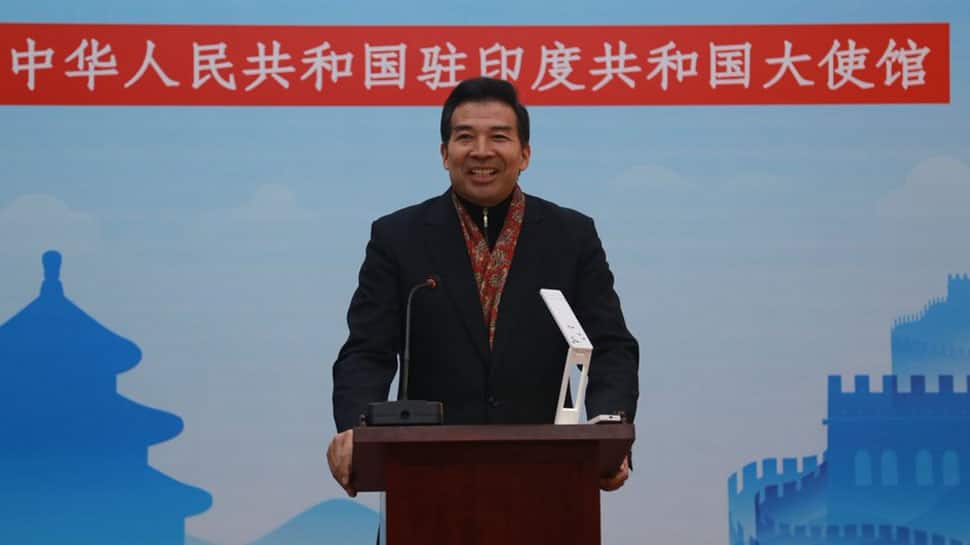 New Delhi: The Chinese Ambassador to India, Lou Zhaohui on Wednesday expressed happiness over Prime Minister Narendra Modi’s greetings to the Chinese people on the occasion of the Chinese Lunar New Year.

Zhaohui on Tuesday wrote on his twitter, “Delighted to see Prime Minister Modiji send congratulations for the Chinese Lunar New Year in Chinese language in his microblog! PM Modiji wrote: ’Happy Chinese New Year! Wish every Chinese happiness, wealth and health in the Year of Pig.

Chinese all over world bade goodbye to the `Year of the Dog` and welcomed the `Year of the Pig` on Tuesday, ushering in the Lunar New Year with prayers, family feasts and often with an extravaganza of lights and fireworks.On the eve of New Year, people exchange envelopes filled with money as a sign of good luck.

The pig is considered a symbol of good fortune and wealth and those born in the year of the pig are thought of as hardworking and friendly. The last year of the pig fell in 2007.The years under the Chinese lunar calendar are divided into a 12-year cycle, with each year assigned an animal symbol: rat, ox, tiger, rabbit, dragon, snake, horse, sheep, monkey, rooster, dog and pig.

The date is also celebrated as Spring Festival, which remains for the Chinese their most significant and grandest annual event.Earlier, Indian Army and China’s People’s Liberation Army personnel celebrated the Chinese New Year by greeting each other at Nathu La Pass in Sikkim.Both delegations were led by colonel-level officers, who exchanged pleasantries and best wishes in an atmosphere of warmth and friendship.

This is yet another step, aimed at enhancing mutual trust and promoting border peace and tranquillity, according to an official statement.