While checking the security personnel discovered a high volume of foreign currency in the denomination of USD 15000, Dirham 26500 and Afghani currency 3880 worth approximately 16 lakh in Indian currency from his bag. 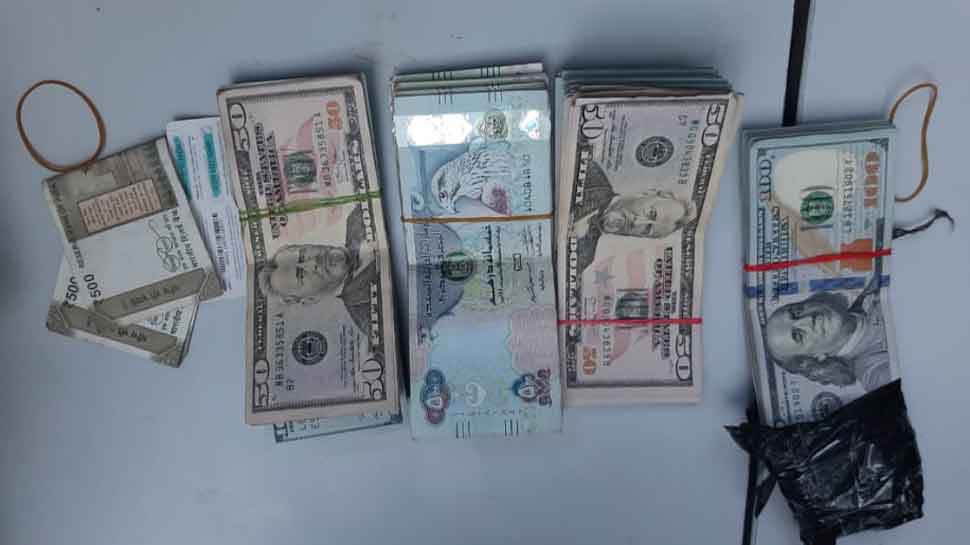 New Delhi: The CISF team on Sunday caught an Afghan national carrying high volume of foreign currency illegally at IGI airport, Delhi. The incident took place at around 6 am when the CISF surveillance & intelligence staff caught the passenger in the check-in area of IGI Airport.

The passenger was identified as Mr Sarwar Baryily who was travelling in a Spice Jet flight bound for Kabul.

According to information shared by the security personnel, after the accused passenger's bag went through the X-BIS machine checking, two pouches carrying currency wrapped in black polythene were noticed. Thereafter, they kept a close watch at the passenger while he proceeded for immigration.

To suspect was later diverted to random checking point in the departure area for thorough checking, after which he was thoroughly checked by CISF surveillance & intelligence staff at International Security Hold Area.

While checking the security personnel discovered a high volume of foreign currency in the denomination of USD 15000, Dirham 26500 and Afghani currency 3880 worth approximately 16 lakh in Indian currency from his bag.