Talking about the exclusion of Muslims from the Citizenship Act Gadkari said that Baba Saheb said in the constitution that if Muslim wishes to leave his country, then he can take refuge in more than 100 countries of the world. But there is no place for Hind, Jain, Buddhist, Parsis. 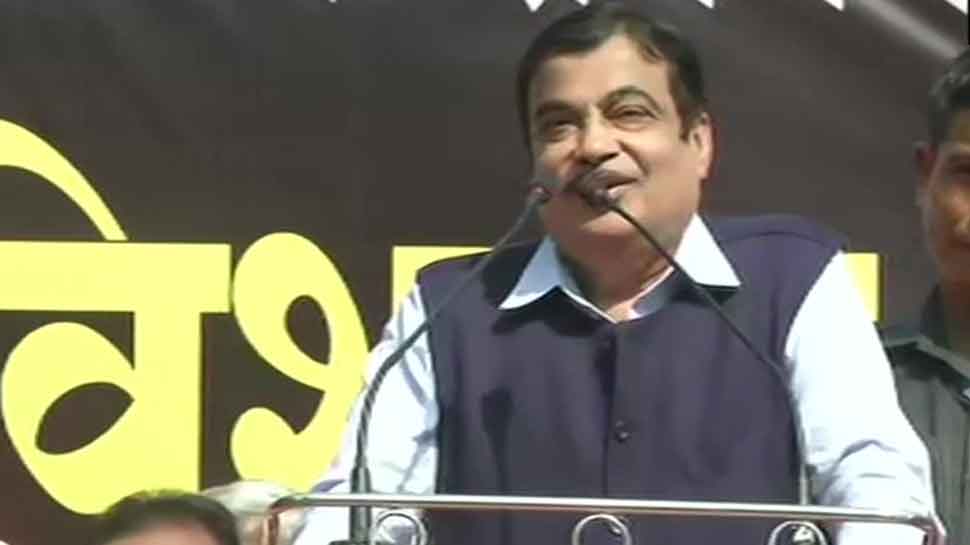 Nagpur: Union Minister Nitin Gadkari on Sunday took part in the Lok Adhikar Manch rally organised in support of Citizenship Amendment Act in Nagpur. Addressing the crowd Gadkari recalled Swami Vivekananda's statement and said that our country respects all religions and our lifestyle is our identity.

Talking about the exclusion of Muslims from the Citizenship Act Gadkari said, ''Baba Saheb said in the constitution that if Muslim wishes to leave his country, then he can take refuge in more than 100 countries of the world. But there is no place for Hind, Jain, Buddhist, Parsis.''

He further said that religion only means to follow once duty but some people of this country are trying to give new meaning to it. An attempt is made to confuse when it cannot be converted.

Slamming the Congress party Gadkari said, ''CAA is not against any Indian Muslim, it is only to grant citizenship to persecuted religious minorities of three neighbouring nations. I appeal to our Muslim brothers, see through this misinformation campaign of Congress, they only see you as a voting machine.''

Gadkari said that Mahatma Gandhi himself assured that India will give shelter to minorities from Pakistan if they face any threat there. He added, ''India became a secular country, while Pakistan became the Islamic Republic after partition. There were apprehensions that where the minorities including Hindus will go in case they face religious persecution there."

Lok Adhikar Manch, BJP, RSS and other organizations took out a rally, which started from Yashwant Stadium in Nagpur to 'Samvidhan Chowk' in the city. Several people joined the rally and many were seen waving flags of the BJP and some other social organisations. Some demonstrators carried the Indian national flag at the rally.

The Citizenship Amendment Act grants citizenship to Hindus, Sikhs, Jains, Parsis, Buddhists and Christians fleeing religious persecution from Pakistan, Afghanistan and Bangladesh and who came to India on or before December 31, 2014.