Cyclone Fani will move along the coast of Odisha and then go to West Bengal. 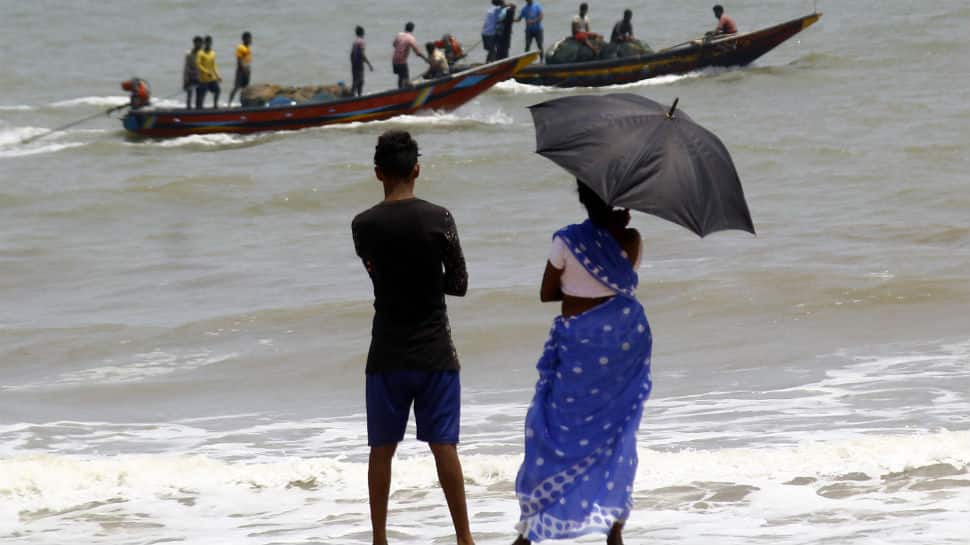 Fisherman return and restore boats in their village after advised not to venture into the sea during Cyclone Fani (Image courtesy: ANI)
Share:
Updated:
Apr 30, 2019, 22:08 PM IST

Indian Coast Guard and Navy have deployed ships and helicopters for relief and rescue operations in the view of cyclone Fani, which is heading towards Odisha, West Bengal and Andhra Pradesh, reports news agency ANI.

The Army and Air Force units in Odisha, West Bengal and Andhra Pradesh have been put on standby. The National Disaster Response Force (NDRF) is deploying 41 teams for prepositioning while states have issued advisories to ensure that fishermen do not venture into the sea.

National Crisis Management Committee (NCMC) also met with states departments to review the preparedness to deal with the situation. A meeting is also scheduled for Wednesday to take stock of the emerging situation.

Indian Coast Guard & Navy have deployed ships&helicopters for relief&rescue ops. Army&Air Force units in Andhra, Odisha & WB have been put on standby. NDRF is deploying 41 teams for prepositioning. States have issued advisories to ensure that fishermen do not venture into the sea https://t.co/YXtu5mg38d

According to the latest advisory issued by Indian Metereological Department (IMD) Kolkata, a very severe form of Fani over Southwest and adjoining Southeast Bay of Bengal is moving northwestwards with a speed of about 21 kmph in last six hours and lay centred on Tuesday afternoon over Southwest and adjoining westcentral and Southeast Bay of Bengal, about 1120 km south-southwest of Kolkata and 760 km south-southwest of Puri (Odisha).

In the next six hours, it is very likely to intensify further into an extremely severe storm. Fani is very likely to move northwestwards till Wednesday evening and thereafter recurve north-northeastwards and cross Odisha Coast between Gopalpur and Chandbali, to the south of Puri around the afternoon of May 3.

HR Biswas, Director Meteorological Department, Bhubaneswar, told ANI, that cyclone Fani will move along the coast of Odisha and then go to West Bengal. "We have suggested suspension and diversion of railway traffic and advised people to remain indoors."