Cyclone Fani to intensify into extremely severe storm by May 1, Centre keeping a close watch

Heavy to very heavy rainfall is likely at a few places over coastal Odisha and adjoining districts of north coastal Andhra Pradesh on 3 and 4 May. 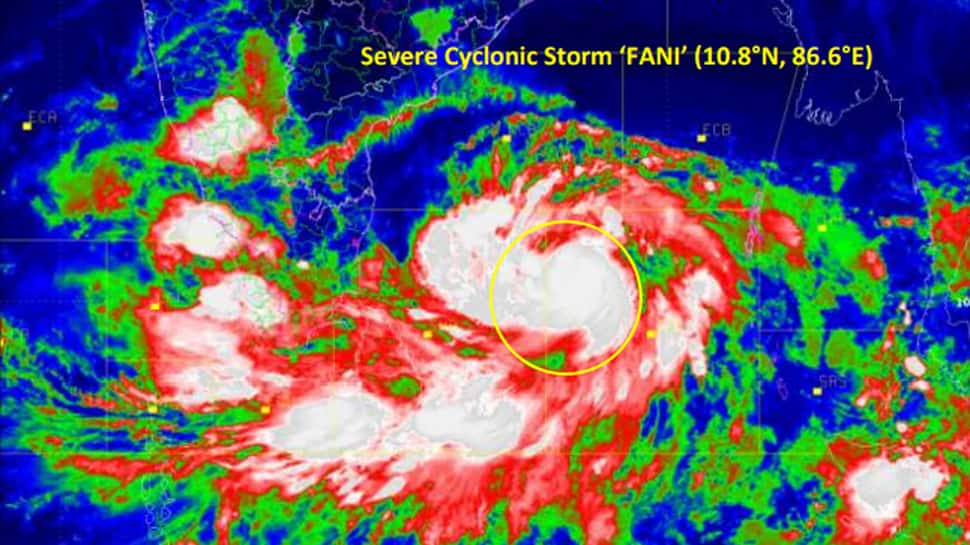 In view of the cyclone, the Indian Air Force (IAF) and BrahMos Aerospace have put on hold the testfire of the air-launched version of supersonic cruise missile from a Sukhoi-30 combat aircraft, news agency ANI reported. The air-launched version of the BrahMos was to be testfired by the Air Force over southern India this week for giving a homegrown weapon system to the force for carrying out Balakot-type air strikes.

Union Cabinet Secretary PK Sinha had also chaired a meeting of the National Crisis Management Committee (NCMC) in Delhi on Monday to take stock of the situation arising out of the cyclonic storm. During the meeting, officers of the Tamil Nadu, Andhra Pradesh, Odisha and West Bengal governments said that they were fully prepared to deal with any situation that arises out of the cyclonic storm, according to an official release.

The meeting was convened on the direction of Prime Minister Narendra Modi who is closely monitoring the situation. The NCMC will meet again on Tuesday to take fresh stock of the situation. The PM on Monday assured assistance to all affected states in view of the cyclone. "Spoke to officials regarding the situation arising due to Cyclone Fani. Asked them to take preventive measures and be prepared to provide all possible assistance. Also urged them to work closely with Governments of the affected states.
Praying for everyone's safety and wellbeing," he tweeted.