Interacting with reporters at the Republic Day NCC Camp in Delhi Cantonment, she also said, girls were "more keen" to join the Corps than boys. 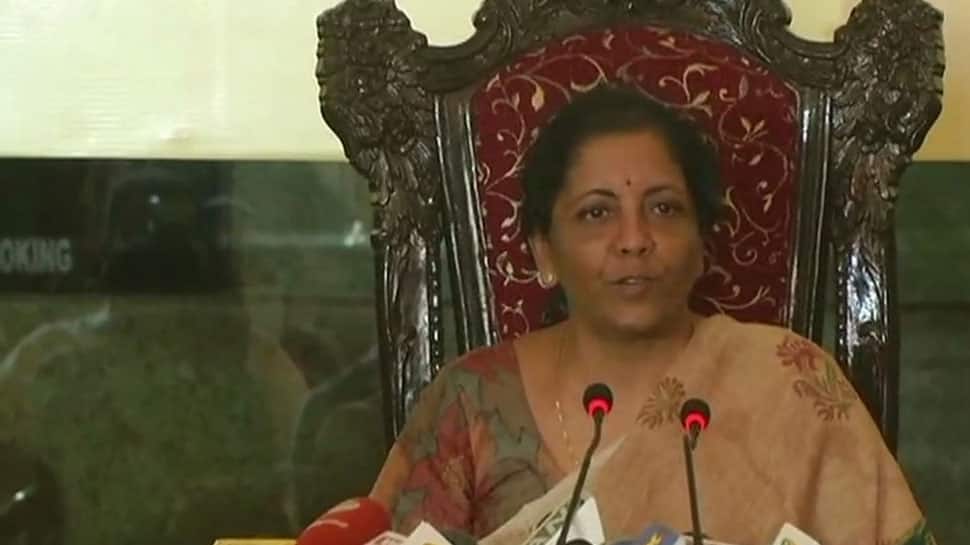 New Delhi: Defence Minister Nirmala Sitharaman Friday pitched for expanding the projected strength of the National Cadet Corps to beyond 15 lakh in a phased manner to make room for more boys and girls from across the country who are keen to join the NCC.

Interacting with reporters at the Republic Day NCC Camp in Delhi Cantonment, she also said, girls were "more keen" to join the Corps than boys. The NCC strength is being expanded as part of a five-phase programme, which seeks to achieve a strength of 15 lakh by 2019-2020.

The plan is to increase the strength of the NCC, but the target need not be restricted and the final number should be increased, the Union minister said. "We are moving smoothly to achieve the target of 15 lakh," she said.

Asked if there was any number she was looking at beyond the planned 15 lakh target, she said, "I don't want to speculate as to what extent it can be increased. All stakeholders in the NCC and administrators should sit together and plan. The intention is to expand more, but it should be done in a phased manner."

And, lot of girls and boys are very keen to join and so there is a reason for it be expanded, Sitharaman said. "Among the girls, the enthusiasm is al lot more (than boys). They see fighter pilots (in the IAF), well-trained officials in the armed forces, and as a result there is a great expectation among them to sooner join the corps and the armed forces," she said.

The current authorised strength of NCC is 14.2 lakh, Director General of the NCC, Lt Gen. P P Malhotra had said at the NCC camp at a press conference held earlier this month, adding, 2,070 cadets, including 698 girl cadets, drawn from the 17 directorates covering all the states and union territories are participating in the camp.

Asked abut the defence minister's pitch on Friday for taking the expansion target to beyond 15 lakh, he told PTI, "We will certainly look into it."
Malhotra on January 5 had also said that girl cadets constitute about 31.84 per cent of the NCC strength, and target is to take that figure to 33-34 per cent.

As many as 102 cadets from Jammu and Kashmir and 162 from the Northeast are also participating in the camp.

Earlier, the defence minister felicitated NCC cadets who went beyond their call of duty by displaying acts of bravery. She awarded the Raksha Mantri Padak to cadet Capt Sharma Bhargsetu Vipulkumar of Gujarat Directorate and Rakash Mantri Commendation Cadets to three cadets from Jammu and Kashmir, Maharashtra and Uttar Pradesh Directorates.

The minister also inspected the Flag Area and interacted with a few cadets and, in her address complimented the NCC cadets for their band performance, and cultural performance on stage. The cadets from Tamil Nadu depicted the issue of farmers' suicide in their moving performance drawing applause from the audience.

The minister also said, the NCC was expanding footprint in farther corners of the country, from Arunachal Pradesh to Lakshwadeep Islands.
Malhotra had earlier said that over 16,000 educational institutions are enrolled with the NCC and more than 8,000 institutions are on the waiting list.