Delhi High Court on Tuesday dismissed a Public Interest Litigation (PIL) seeking judicial inquiry and CBI investigation of the incident that killed 43 people in a massive fire at Delhi's Anaj Mandi on Sunday. 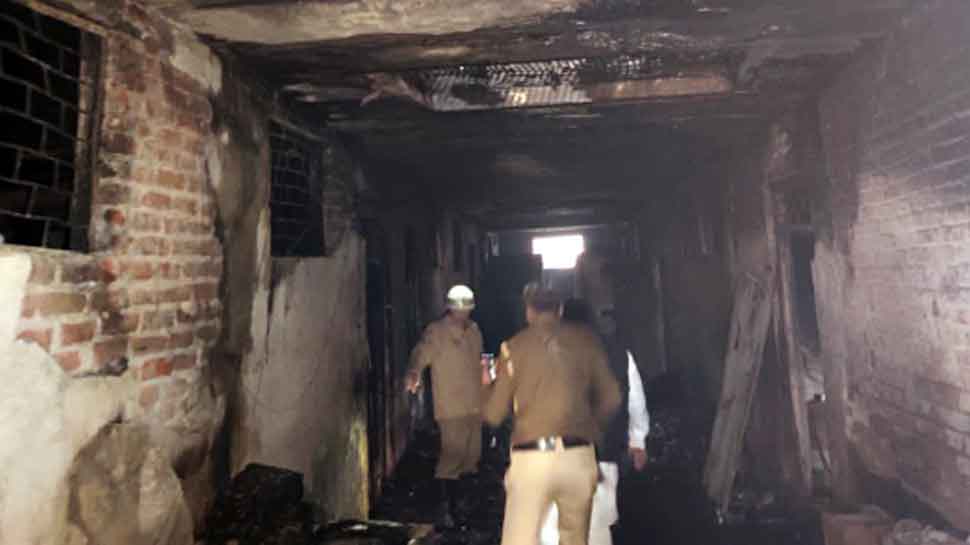 Delhi High Court on Tuesday (December 10) dismissed a Public Interest Litigation (PIL) seeking judicial inquiry and CBI investigation of the incident that killed 43 people in a massive fire at Delhi's Anaj Mandi on Sunday (December 8). A division bench of Chief Justice D N Patel and Justice C Harishankar observed that authorities should be given appropriate time to handle the situation.

The plea was filed by an advocate named Awadh Kaushik urging for a judicial enquiry by a retired Delhi High Court judge or a CBI probe in this incident. "The delinquency, felony and laxity on the part of the authorities concerned is nothing but a criminal offence having been committed by them with common mindset," the plea stated.

"It has been reported that not only was the building illegally constructed but even the manufacturing factory of plastic packing materials was being run therein illegally and without any registration, license, authority, certificate and even fire safety arrangements," it added.

Following prayers were made in the PIL:
1. Call for record and factual status report of the incident.
2. Order judicial enquiry of the fire to be conducted by a retired judge in order to find out the actual reasons of the fire and casualties to fix responsibility of the oficers of the civic and police authority and submit their report for necessary direction , if required
3. Direction to transfer the case to cbi or any other independent agency
4.direct respondents to pay compensation amount to victim and recover the same from erring officers
5. Constitute a comitte of experts for conducting surveys in Delhi and indentify buildings where such incidents can happen and take necessray action there after

At least 43 people died after the fire broke out in an unauthorised bag manufacturing factory in Anaj Mandi area in Filmistan in the wee hours of Sunday. Delhi's Tiz Hazari court on Monday sent factory owner Rehan and manager Furkan to 14-day police custody for interrogation in this case.

Delhi Chief Minister Arvind Kejriwal has also ordered a magisterial inquiry into the incident and sought a report within seven days. Kejriwal visited the site of the incident and announced a compensation of Rs 10 lakh to families of those who lost their lives in the tragic incident. Additional assistance of Rs 1 lakh had also been announced to those injured.