Dismissing the petition, the court observed that there was no obligation in law upon the Central government to disburse the increase in Dearness Allowance within a time-bound manner. 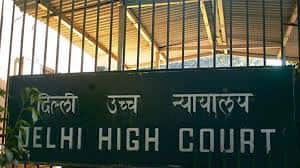 New Delhi: The Delhi High Court on Tuesday (June 2) has dismissed a petition seeking direction to the Centre to de-freeze and release the enhanced Dearness Allowance (DA) to the Central government employees and pensioners along with the Government servants and pensioners of Delhi government. The plea also sought withdrawal of such notification.

Dismissing the petition, the court observed that there was no obligation in law upon the Central government to disburse the increase in Dearness Allowance within a time-bound manner.

The court observed that seeing the rule mentioned by the petitioner it is clear that there is no statutory rule which obliges the Central government to continue to enhance the Dearness Allowance or Dearness Relief at regular intervals.

It observed that by the impugned office memorandum, the Centre has frozen – and not withdrawn, the DA and Dearness Relief.
With regard to increase of 4% DA, the said notification does not seek to take it away but to postpone its payment till after July 1, 2021. That power, resides with the Centre by virtue of Rule 3 of the All India Services (Dearness Allowance) Rule, 1972.

In another submission, the counsel for the petitioner said that the Central government has referred to COVID-19 pandemic as the reason for its decision. However, the impugned office memorandum has not been issued by the competent authority under the Disaster Management Act.

Observing that there was no merit in the submission, the court said the provisions of the Disaster Management Act are not the only repository of the power of the government to take action in the light of the pandemic.

Over 20,000 people to be evacuated from Gujarat ahead of cyclone Nisarga