Ahead of crucial one-to-one talks between visiting United states President Donald Trump and Prime Minister Narendra Modi, New Delhi`s iconic Hyderabad House has been fuly decked up for the occasion. 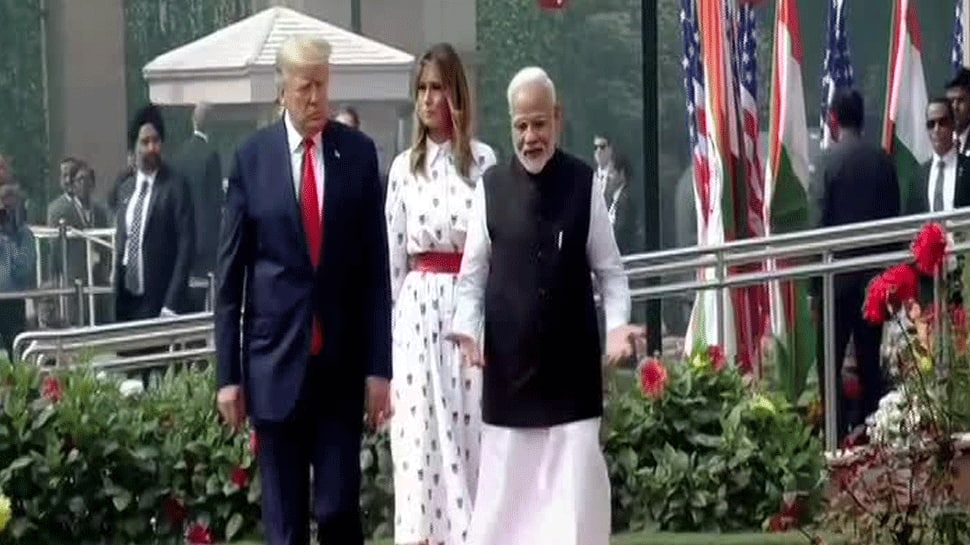 New Delhi: Ahead of crucial one-to-one talks between visiting United States President Donald Trump and Prime Minister Narendra Modi, New Delhi`s iconic Hyderabad House has been fully decked up for the occasion. Prime Minister Narendra Modi had also arrived at Hyderabad House - the place where meetings with foreign dignitaries are held - to receive the US President.The building was adorned with flags of India and the US.

The bilateral talks between two leaders will be followed by the signing of agreements between two sides and press statements by the two leaders. Earlier, the US President paid tributes to Mahatma Gandhi at Rajghat and was also given a ceremonial welcome at the Rashtrapati Bhavan.

Trump, accompanied by First Lady Melania Trump, laid a wreath at the memorial and also observed one minute of silence. The US President, a short while ago, was accorded a ceremonial welcome at the Rashtrapati Bhavan.

On Monday, the US President had addressed the `Namaste Trump` event at Ahmedabad`s Motera Stadium along with Modi, where both the leaders had hailed the growing ties between the two countries.

The US President and his wife Melania Trump later visited the Taj Mahal in Agra.Trump will depart for the US tonight.