The body of victim Dilbar Negi was found mutilated in Brijpur on Feb 26, two days after violence rocked northeast district of Delhi. 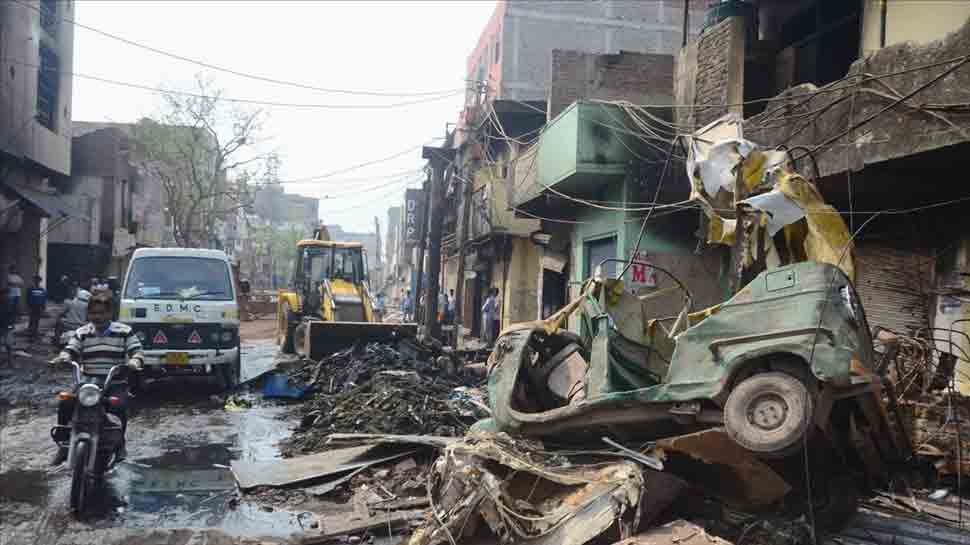 New Delhi: The Crime Branch of Delhi Police on Saturday (March 7) arrested an accused in connection with the murder case of a man in Gokulpuri, whose body was found in mutilated condition in Anil Sweet House, Brijpuri on February 26, two days after the violence in the northeast district of the national capital, police said.

The accused and deceased have been identified as Mohammad Shahnawaz (27), a resident of Shiv Vihar and Dilbar Negi (22), respectively. According to the police, the rioters had first chopped off Negi's limbs with a sword and set him ablaze. Negi, who was a native of Uttarakhand, had come to Delhi some six months ago and was employed at a sweet shop.

"Crime Branch has arrested an accused Shahnawaz, in the murder/riot case of Gokulpuri which was registered after the body of one Dilbar Negi was found in mutilated condition in Anil Sweet House, Brijpuri on February 26," said Delhi Police.

According to police, a riot had taken place near Shiv Vihar Tiraha on February 24 in which accused Mohammad Shahnawaz and several other persons pelted stones, ransacked and torched several shops there. "Accused Shahnawaz entered into a book store and a sweet shop godown at A-29, Chaman Park, Shiv Vihar and torched both the places along with other rioters," they said.

Two days later, a dead body of a person namely Dilbar was found from the said shop. The eyewitness present at the spot had identified accused Shahnawaz as the main aggressor who was leading the mob.

BJP leader Kapil Mishra had reacted on the incident and tweeted, "Dilbar Negi used to work in a confectionery shop. His arms, legs were severed and he was thrown alive into a burning fire. Just now the Delhi Police have arrested Mohammed Shah Nawaz, killer of Dilbar Negi. Shah Nawaz has killed Dilbar Negi along with a mob (sic)."

An FIR under various sections of the Indian Penal Code was registered against the accused at Gokulpuri Police Station.

At least 53 people including Ankit Sharma and a Police Head Constable Rattan Lal have died while around 300 people sustained serious injuries in the violence that raged for three days in northeast Delhi.