Despite extending 'hand of friendship', I got betrayal from Pakistan: PM Narendra Modi

The PM made these remarks while speaking at a rally in Delhi's Ramlila Ground. 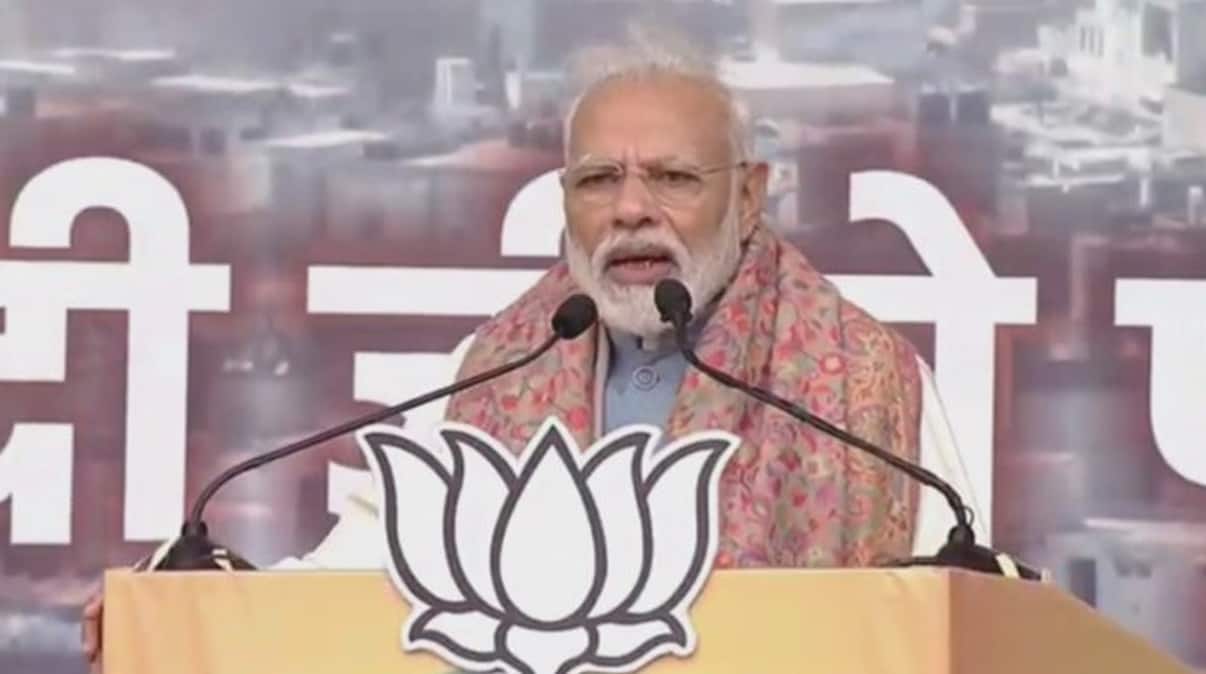 NEW DELHI: Prime Minister Narendra Modi on Sunday said that despite extending a "hand of friendship", he got "betrayal" from Pakistan. "I invited Pakistani PM for oath-taking ceremony in 2014. We had extended a hand of friendship towards Pakistan. I visited Lahore, but we got betrayal," PM Modi said.

The PM made these remarks while speaking at a rally in Delhi's Ramlila Ground. While addressing the rally, PM Modi also accused the Opposition parties of spreading lies about the Citizenship Amendment Act and the proposed National Register of Citizens and said that that CAA and NRC will not apply to the Muslims of the country.

Addressing a rally at Ramlila Maidan here over government`s decision to provide ownership rights to over 40 lakh residents of unauthorized colonies in Delhi, PM Modi said that BJP-led government had not brought NRC and it was made when Congress was in power.

He said that the rumours of detention centres being spread by "Congress and urban Naxals" were false. He said the new law was not applicable to citizens of the country.

"A lot of lies are being spread about NRC as well. It was made during the Congress regime. Where were the protesters then? We did not make it, nor did we bring it to the Parliament or announce it," PM Modi said.

Taking a dig at Congress and opposition parties and accusing them of "childish talk", he said a government which gives property rights to people irrespective of religious background, will it ask them to produce decades-old documents.

PM Modi, in his first term, had made a number of attempts to make peace with Pakistan, including inviting the then Pakistani PM Nawaz Sharif for oath-taking ceremony in 2014 and by making an unannounced visit to Lahore on 25th December 2015 to meet him.

This was followed by a terror attack in Pathankot airbase on 2nd January 2016, attack on an army camp in Uri in August 2016 and after the 14th February 2019 Pulwama attack by Pakistan based United Nations listed terror group Jaish E Mohammad, ties completely snapped.

India has been calling on Pakistan to rein in terror groups based on its territory and territories under its control and take immediate and irreversible action against them.