Dhanush artillery gun handed over to Indian Army in Jabalpur

The hitting range of Dhanush, also referred to as 'Desi Bofors,' is around 11 km more than the imported Bofors guns. 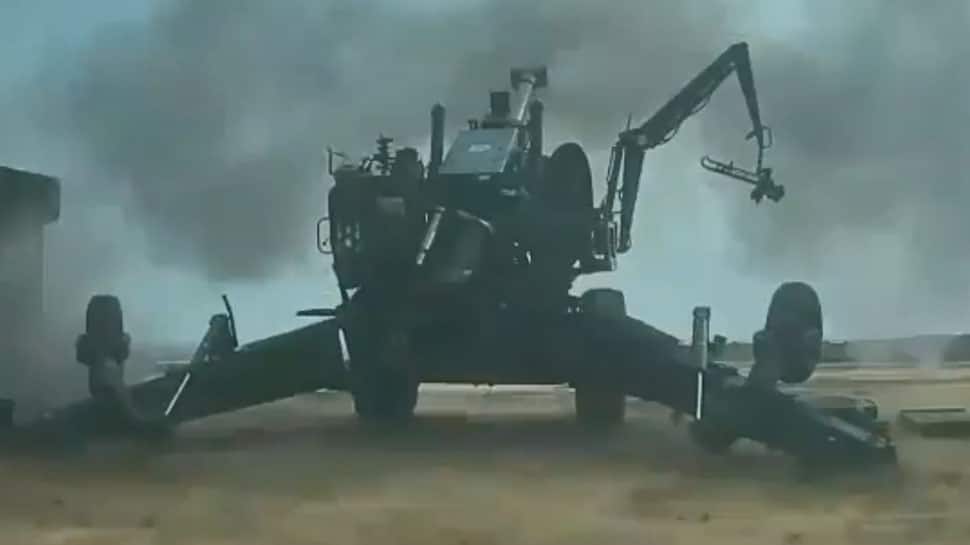 New Delhi: India's first-ever indigenously designed and developed Dhanush artillery gun system has been handed over to the Indian Army in Jabalpur. Dhanush can be employed in all types of terrains and is the first long-range artillery gun to be produced under the 'Make in India' initiative, the defence ministry earlier said in a statement.

The hitting range of Dhanush, also referred to as 'Desi Bofors,' is around 11 km more than the imported Bofors guns.

The Additional Directorate General of Public Information of Indian Army had on Sunday tweeted that Dhanush 155mm/45 Calibre towed gun system would be soon inducted in the Army by Ordnance Factories Board.

India's #FirstEver indigenously designed & developed Dhanush 155mm/45 Calibre towed Gun System is ready for induction into #IndianArmy & will be handed over by Ordnance Factories Board #OFB on 8 April 19. Dhanush can be employed in all types of terrains. pic.twitter.com/o7ceCmDAeI

The Dhanush gun system is based on the designs of the Bofors howitzer which was inducted in the Army in Eighties. After the K-9 Vajra and the M-777 ultra-light howitzers, Dhanush would be the third type of artillery gun to be inducted into the Army.

"The gun is equipped with inertial navigation-based sighting system, auto-laying facility, on-board ballistic computation and an advanced day and night direct firing system. The self-propulsion unit allows the gun to negotiate and deploy itself in mountainous terrains with ease," the ministry had said.

Dhanush has been mechanically upgraded to fire standard NATO 155 mm ammunition and can accommodate the bi-modular charge system (BMCS) which has resulted in increasing the range.

The performance of the gun has been evaluated under extreme conditions in several phases.

Dhanush was jointly created by a team of experts from the DRDO, DGQA, DPSUs such as Bharat Electronics Limited, PSUs such as SAIL and several private enterprises.