DNA Exclusive: Beware! your habit of posting selfies on social media may land you in trouble

You will be surprised to know that this has happened with around one lakh women across the world. 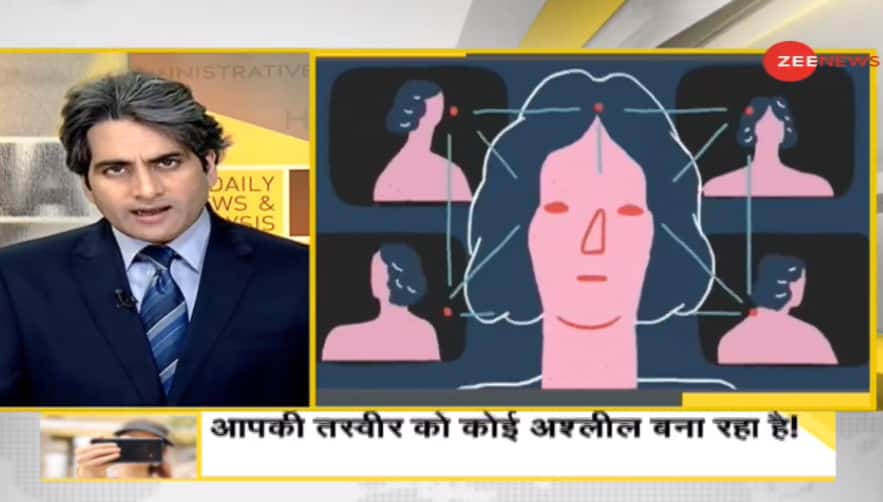 New Delhi: If you are fond of taking selfies and sharing them on your social media accounts, this piece of news will certainly scare you. Do you know if your objectionable picture once appeared on the Internet, it would be a Herculean task for you to get it removed? You may probably have to spend precious years of your life to get this done, but there is no guarantee that you will get success.

You will be surprised to know that this has happened with around one lakh women across the world. With the help of Artificial Intelligence, the pictures of these women were converted into pornographic images and were shared on Telegram. The AI technology used to make such videos is called DeepFake. Now, people are clueless as to how these pictures will be removed.

This has been disclosed by SensitY, a company that detects fake content on the Internet. Around 180 crore photos are uploaded on social media every day in the world. The number of photos uploaded on the internet in a week is equal to the entire population of the world.

Crores of these pictures are in the form of selfies and the number of female pictures is much higher than men. You should know that cybercriminals can steal your pictures and can easily convert them into pornographic images with the help of DeepFake.

According to the investigating company, this Bot is currently present on the social media messaging app Telegram, which was considered more secure than Whatsapp, but honour of millions of women are at a stake on this app. The story is not just limited to DeepFake Bot, but there might be several other such bots in the internet world.

The DNA report is familiar with the name of the app with which this was done, but the name is not being disclosed to check its misuse by people. This app was active last year but it was taken off. It seems that some people had stolen its code and the app has been revived.

Those websites and Social Media platforms that abide by the law will remove this content, but there are millions of such websites from where it would an uphill task to get it removed. Malayalam film actress Sona M Abraham's struggle to get her pictures removed from the Internet is a glaring example of the same. Through an audio message, Sona Abraham shared her painful experience with Zee News, and how this incident has broken her mentally.

The scary aspect of this development is that anyone can learn this to prepare fake videos with the help of cheap software after a little practice. There are many mobile phone applications that can easily change the pictures and morphed the faces.

To save yourself from the menace of DeepFake, you should avoid posting your close up pictures on social media. The technology should be developed to identify DeepFake and it should also reach common people so that they do not fall prey to fake news and fake videos.

You can also lodge your complaint against such objectionable content on social media. You are given an online option to report at all major social media platforms against harassment.

Almost every state has a Cyber ​​Cell department. However, if you wish, you can also inform the National Cyber ​​Crime Reporting Portal. You can also report to the Union Ministry of Women and Child Development through an e-mail.

National Commission for Women can take cognisance on its own, but you can lodge an online complaint through e-mail or call up at their helpline number given on the NCW website.

Apart from all this, you can also lodge an FIR by visiting your nearest police station. You should know that it is mandatory for the police to register your FIR.