Zee News has gathered exclusive information and evidence against terrorists, Hafiz Saeed and Maulana Masood Azhar, who were busy with their terror network in Pakistan when the world was striving hard to contain the coronavirus menace. 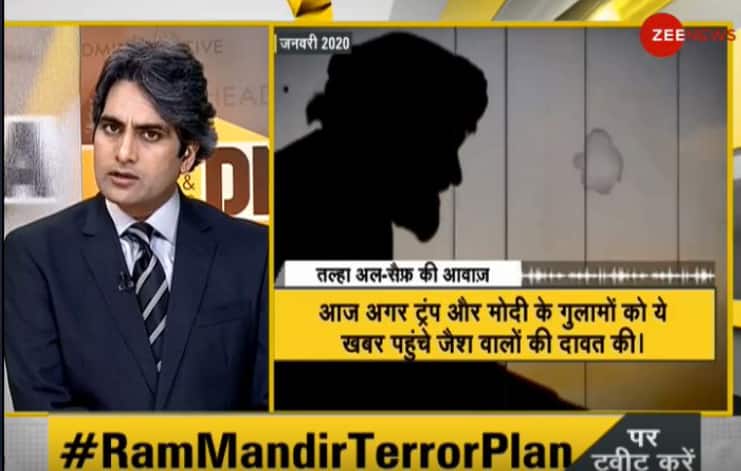 New Delhi: When the world had waged a war against the COVID-19 pandemic, terrorist groups and their leaders were busy in making recruitments to launch attacks in India. The most wanted terrorist, Maulana Masood Azhar, was hatching a plot against the Ram temple in Ayodhya while roaming freely in Pakistan.

Zee News has gathered exclusive information and evidence against terrorists, Hafiz Saeed and Maulana Masood Azhar, who were busy with their terror network in Pakistan when the world was striving hard to contain the coronavirus menace. The lockdown was imposed across the world, but there was no lockdown in terror factories in Pakistan. Rather, these units were busier in conspiring to shake Delhi and Mumbai.

From January to August this year, terrorists released several anti-India videos and statements, besides holding their meetings in big cities of Pakistan during the lockdown. Pakistan Prime Minister Imran Khan may feign ignorance about these developments, but it is difficult to believe that the Pakistan Army did not know anything about these activities. 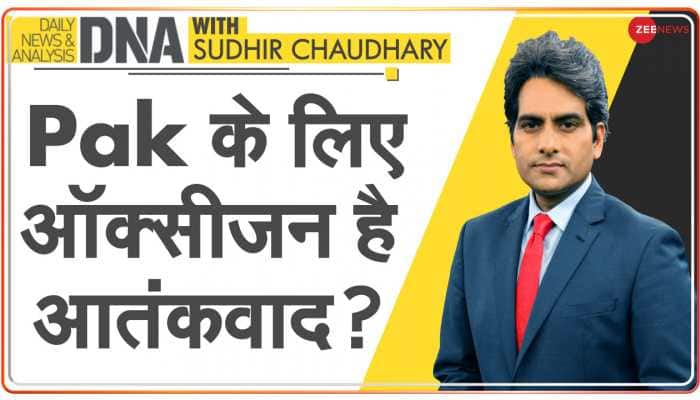 Currently, there are about 40,000 terrorists in Pakistan, of which 16 have been declared as international terrorists by the United Nations. These terrorists belong to terror organizations like Jamaat-ud-Dawa and Jaish-e-Mohammad and both these organizations are banned worldwide, but their activities still continue in Pakistan.

When Prime Minister Narendra Modi laid the foundation of Ram temple in Ayodhya on 5th August 2020, it was believed that it would mark a new beginning in India, but Pakistan failed to appreciate it.

Pakistan-based terrorists are constantly trying to target the Ram temple since then. Maulana Masood Azhar stated that he wants to offer prayers in Babri Masjid while issuing threats that the construction of the Ram temple as illegal. He issued a statement that his followers are also ready to lay down their lives to stop this construction.

Last year, the United Nations Security Council declared Masood Azhar as an international terrorist for masterminding the terror attacks in Pulwama and Pathankot, but Pakistan has so far not taken any action against him.

On May 24 this year, the terrorist organization Jaish also released two banners. The first banner has a picture of Flight IC-814 of Indian Airlines, which was hijacked by terrorists in the year 1999. By showing this picture of its banner, Jaish is trying to remind the world of its operation.

The then Indian government had released three terrorists, including Masood Azhar, for the safe return of passengers on Flight IC-814. India has paid a heavy price for that as Masood Azhar conspired several terror attacks since his release.

The day of February 29, 2020, was very significant for Masood Azhar and most of the terror organizations in Pakistan as the US and the Taliban signed a peace agreement in Doha, the capital of Qatar. Now, the withdrawal of foreign forces from Afghanistan will begin in the next 14 months. For the past 18 years, the US Army and the Afghan forces were jointly fighting the Taliban in Afghanistan.

The Taliban in Afghanistan have been getting help from Pakistan. The peace deal is being described as a victory for the Taliban. Masood Azhar, who considered it a victory for Islamic forces, made a statement on March 8, 2020.

Along with Jaish-e-Mohammed chief Masood Azhar, his entire family is involved in terror conspiracy against India. The younger brother of Masood Azhar, Talha al-Saif, also spews venom against India through his audio clips. In one such clip, he is heard saying that even US President Donald Trump and Indian Prime Minister Narendra Modi could not defeat Jaish.

This disclosure by Zee News on terrorists getting training in Pakistan is very important because the Financial Action Task Force (FATF) would hold its virtual meeting on Tuesday. A detailed report about Pakistan will also be presented in this meeting which would take a decision either to put Pakistan in the Black List or not.

This list is for those countries that promote terrorism. Pakistan is currently in its Gray List, but the decision to put it into the Black List will be taken in a meeting slated to take place in France in October. Pakistan remains on the Gray list since 2018.

Although Pakistan has been stating that it has taken action against terrorist organizations, the Zee News exclusive report has exposed the true face of Pakistan before the world.

No language should either be imposed or opposed: Vice President M Venkaiah Naidu