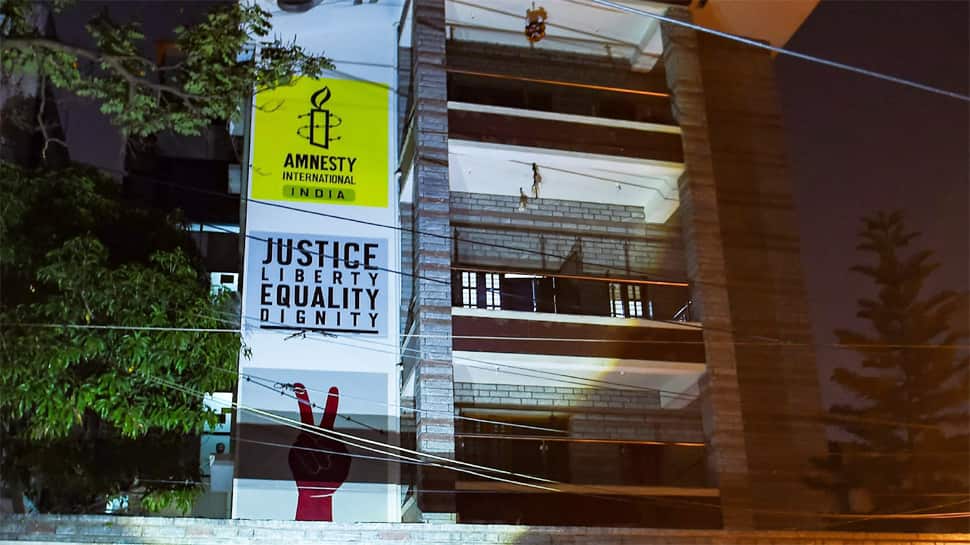 Protestors from Amnesty International on Friday staged a demonstration outside the Indian High Commission in the UK against the alleged "crackdown" on the human rights group in India.

Amnesty UK in a tweet wrote: "PM of India @narendramodi promised to protect human rights... but instead he targets activists & charities! Today, as PM Modi represents #India at #G20Summit, we remind him that strong leaders don't bully charities."

Taking the opportunity to mount an attack on the Centre, the Congress retweeted the post by Amnesty UK. Congress had earlier also attacked the BJP-led government for allegedly trying to silence the voice of the non-governmental institutions in the country.

"PM Modi is afraid of questions. He is trying to intimidate these institutions," Karnataka Congress leader Rizwan Arshad had said after the Enforcement Directorate raided the offices of Amnesty India in Bangalore last month.

The raids had led to the freezing the bank accounts of the human rights group. While Amnesty has denied any wrongdoing, Indian authorities have said the raids were aimed at uncovering foreign funding violations by Amnesty in India.

On Friday outside the Indian High Commission in the UK, a group of protesters held placards which carried messages of "India: Stop the Crackdown" and "Prime Minister Narendra Modi: Don't Crush India's Charities".  The protest comes at a time when PM Modi is attending the G20 summit in Buenos Aires, Argentina.

"Amnesty India speaks out for women's rights, has exposed the use of excessive force against defenceless people, and stood up for indigenous communities whose rights are being violated by large corporations. We stand in solidarity with our colleagues in India," she said.

"The G20 summit has to be more than a photo opportunity for member countries and they must pull their weight to address the increasing crackdown on civil society organisations and human rights defenders by the government of India," said Aakar Patel, Executive Director of Amnesty International India.

The ED, has in the past, frozen over a dozen bank accounts of environmental NGO Greenpeace and its linked entity after it conducted searches at their premises in Bengaluru on charges of alleged forex violations after taking cognisance of the FCRA action against it.