Rustom-II is a Medium-Altitude Long Endurance (MALE) unmanned aerial vehicle, developed to carry out surveillance and reconnaissance (ISR) roles for the armed forces with an endurance of 24 hours. 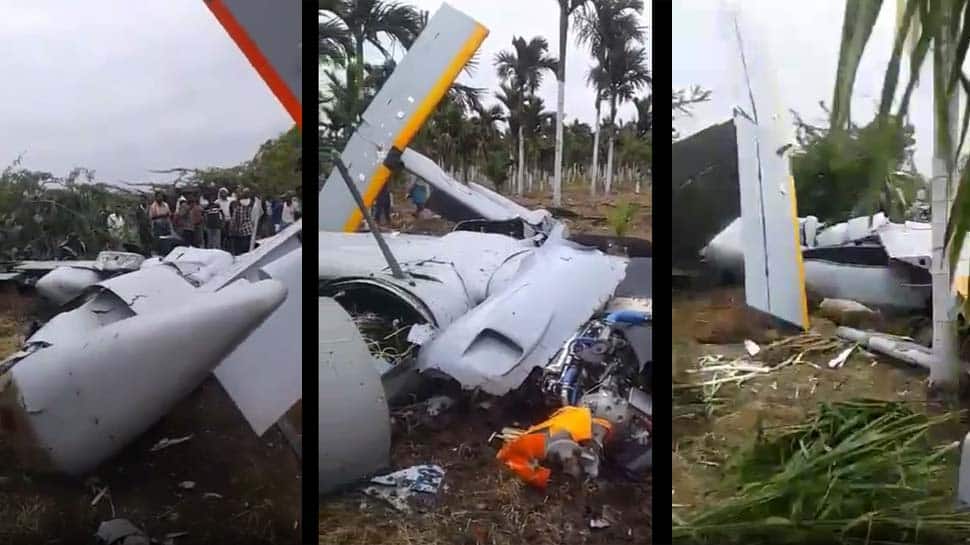 Initially, the crash created panic among villagers and they rushed to the spot to save the passengers. To their utmost surprise, no person was inside or around the UAV. Soon, a large crowd gathered around the unmanned aircraft with many villagers clicking selfies till DRDO officials and police reached the spot.

The DRDO had first displayed Rustom 2 at Defexp-2014 in the national capital and successfully flew the aircraft at the Aeronautical Test Range (ATR) at Chalakere at Chitradurga for the first time in February 2018.

Rustom 2 is a Medium-Altitude Long Endurance (MALE) unmanned aerial vehicle and is expected to replace the Heron UAVs currently in service with the Indian armed forces.

It has been developed to carry out surveillance and reconnaissance (ISR) roles for the armed forces with an endurance of 24 hours. The UAV is capable of carrying different combinations of payloads like synthetic aperture radar, electronic intelligence systems and situational awareness payloads.

The UAV has been designed and developed by Aeronautical Development Establishment (ADE), Bengaluru and aerospace major Hindustan Aeronautics Ltd and Bharat Electronics Ltd to fulfill the requirements of the Indian Army, Navy and the Air Force, said the DRDO in a previous statement.