This is the second visit of ED sleuths at Patel's resident for questioning in the Rs 14,500 crore Sandesara scam. 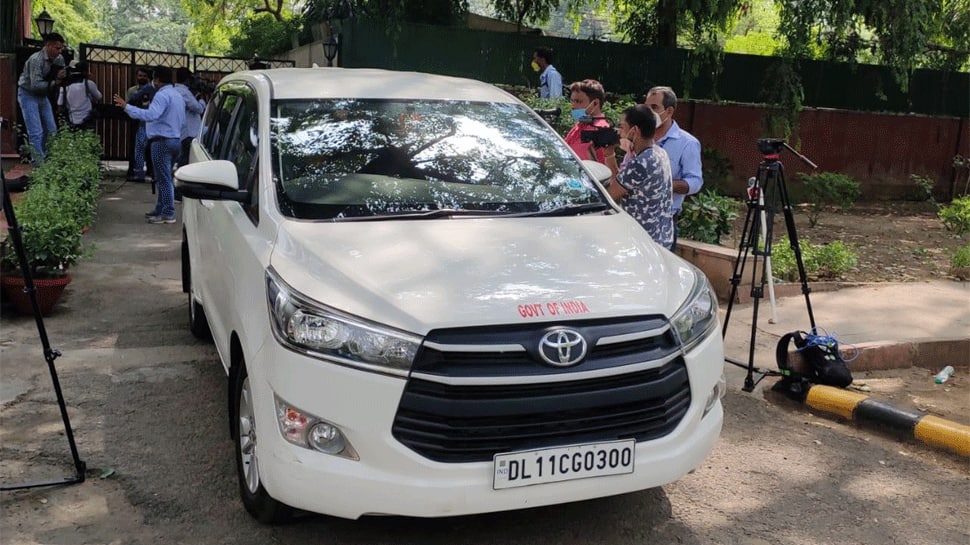 A team of Enforcement Directorate (ED) on Tuesday (June 30) once again arrived at the Delhi residence of senior Congress leader Ahmed Patel, a close aide of party interim Chief Sonia Gandhi, to question him in connection with the alleged multi-crore bank fraud case by the Gujarat-based Sterling Biotech.

This is the second visit of ED sleuths at Patel's resident for questioning in the Rs 14,500 crore Sandesara scam.

A team of financial probe agency officials arrived at the 23, Mother Teresa Crescent road here on Tuesday morning to record Patel's statement under sections of the Prevention of Money Laundering Act (PMLA).

An ED source related to the development told IANS, "The agency had questioned Patel on Saturday but they were not satisfied with the answers. So they have once again come to his residence to record his statement."

After the eight-hour long grilling on Saturday, Patel had said, "Instead of taking action against China, dealing with Covid-19 pandemic, they are attacking opposition. PM Modi and Amit Shah's people came and questioned me and I replied to their questions."

Ahmed Patel, a Rajya Sabha MP and Congress treasurer, had earlier evaded probe in the matter over health concerns and COVID-10 restrictions.

The ED had also confronted Faisal with the statement of Sunil Yadav, an employee of the Sandesara group, in which he had alleged that the son of the Congress leader took his friends to a farm house for party and all the expenses were borne by Chetan.

The ED suspected that Faisal and his brother-in-law Irfan Siddiqui were close to the Sandesara brothers.

On July 30 last year, the ED had questioned Patel`s son-in-law and advocate Irfan Siddiqui in connection with the probe. According to ED officials, Yadav alleged that Siddiqui and Faisal were given code names by Chetan Sandesara. "Chetan and Gagan referred to Siddiqui as Irfan Bhai," he said.

Irfan's code name was 'i2' and Faisal`s 'i1', Yadav had said. He also said, Faisal would take his friends to Puspanjali Farms for party and all the expenses were borne by Chetan Sandesara.

The ED registered a money laundering case against the Sandesara brothers and others in August 2017 after a case of alleged bank fraud of Rs 5,700 crore was filed against them by the Central Bureau of Investigation (CBI).

The ED probe revealed that the Sandesara brothers and others hatched a criminal conspiracy to cheat banks by manipulating figures in the balance sheets of their flagship companies and induce banks to sanction higher loans.

The ED has also attached properties to the tune of Rs 9,778 crore of Sterling Biotech in its investigation against the pharmaceutical company and others involving domestic and offshore branches of Indian banks in 2004-12.