On the occasion of PV's 98 birth anniversary which was observed at ``PV Gyaan Bhoomi'' at Necklace Road in Hyderabad, some senior Congress leaders did turn up to pay their respects

HYDERABAD: Even today, on the occasion of his 98th birth anniversary, the debate continues to rage on the legacy of former Prime Minister Late Pamulaparthi Venkata Narasimha Rao, popularly remembered as PV Narasimha Rao.

More so after Prime Minister Narendra Modi criticised the Indian National Congress party for not giving PV his credit during his recent address in Lok Sabha in front of Sonia and Rahul Gandhi.

Since December 23, 2004, the day when PV passed away in New Delhi, his family members are unhappy with the Congress High Command especially for the way he was treated wherein a ``final resting place'' was refused in New Delhi and ultimately he had to be cremated in Hyderabad.

Now, in an unprecedented move, the family has demanded that Sonia Gandhi and Rahul Gandhi tender an apology after former Telangana minister and senior Congress leader Chinna Reddy made some objectionable remarks on the late Prime Minister. ``We are very sad that even after my great grandfather is long gone, the Congress party not only continues to ignore him but also humiliates him. We demand an apology from both Sonia and Rahul and the Congress party,'' said Dr.Madhu Priya Natcharaju, great granddaughter of Late PV Narasimha Rao. 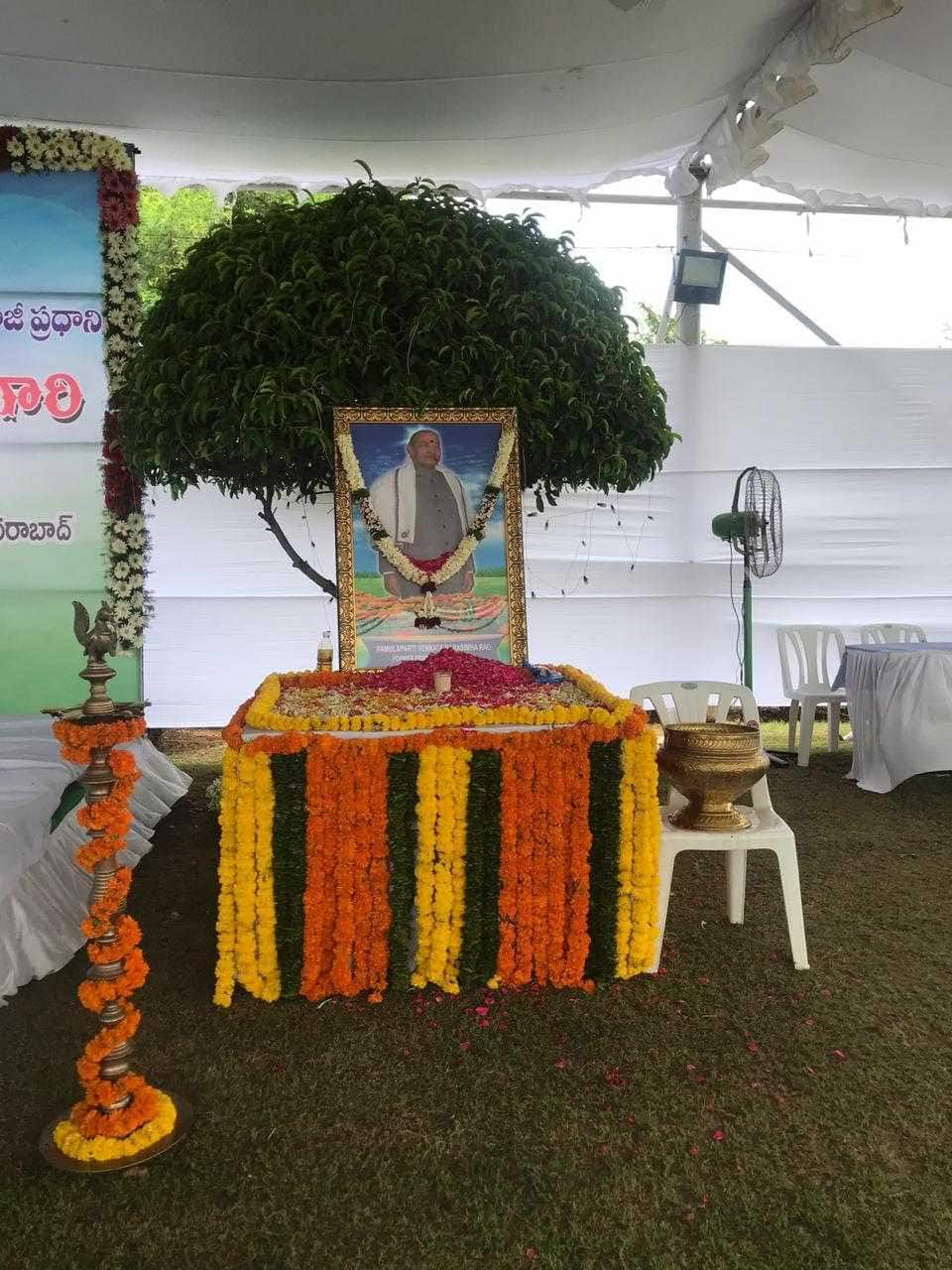 However, today, on the occasion of PV's 98 birth anniversary which was observed at ``PV Gyaan Bhoomi'' at Necklace Road in Hyderabad, some senior Congress leaders did turn up to pay their respects. Among those who paid their respects included former Chief Minister of Andhra Pradesh K.Rosaiah and close confidante of Gandhi family V.Hanumantha Rao, a former Rajya Sabha MP.

``We regret what our Telangana Congress leader Chinna Reddy has said. He should not have said that but I am sure that our leaders Sonia Gandhi and Rahul Gandhi and all other Congress Leaders have great regard for Late PV Narasimha Rao,'' informs Marri Shashidhar Reddy, former Congress minister.

Meanwhile, the top brass of Telangana BJP unit descended on ``PV Gyaan Bhoomi'' to pay their respects. ``We are going to take up the issue with Prime Minister Narendra Modi and Home Minister Amit Shah of providing a ``Smriti Sthal'' for Late PVji in New Delhi befitting his stature,'' disclosed Dr.K.Laxman, president of Telangana BJP.

Now it remains to be seen whether Sonia or Rahul apologise to PV's family or not and on the other hand will the BJP-led NDA government does something in memory of the late Prime Minister.