Delhi Police chief SN Shrivastava stated that the farmer unions did not follow conditions set for the tractor rally that was supposed to be held between 12 pm and 5 pm. He said that those involved in the violence will not be spared and that the farmer leaders will also be questioned. 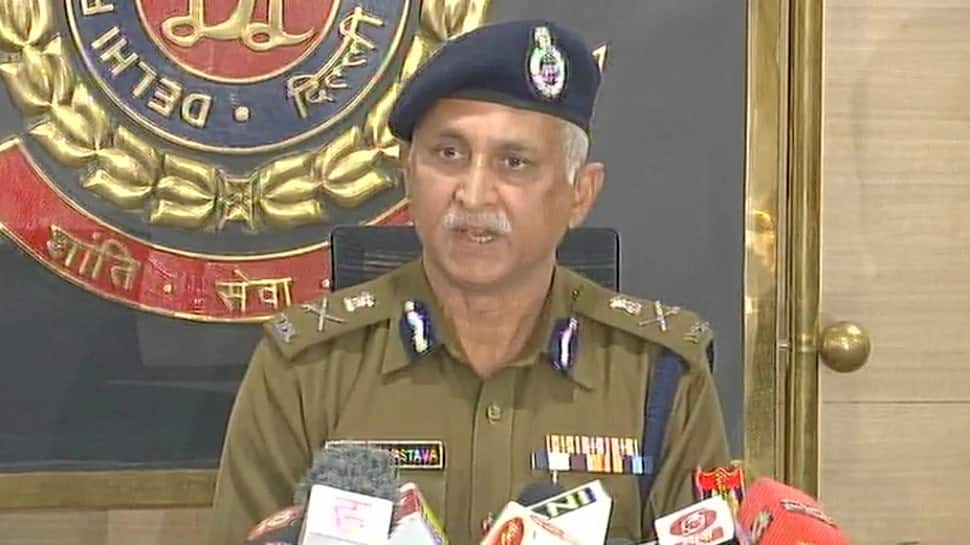 New Delhi: The Delhi Police Commissioner SN Shrivastava on Wednesday (January 27, 2021) said that the farmer leaders were also involved in the tractor rally violence that took place in national capital on January 26.

In a media briefing, the Delhi Police chief SN Shrivastava said, "Farmer leaders were also involved in the violence that broke out during tractor rally."

He stated that the farmer unions did not follow conditions set for the tractor rally that was supposed to be held between 12 pm and 5 pm.

"Farmer leaders have betrayed, they did not follow conditions set for the tractor parade, said the Delhi Police Commissioner.

He added, "Some farmer leaders like Satnam Singh Pannu and Darshan Pal gave inflammatory speeches, following which the protesters breached the barricades."

Shrivastava also informed that the Delhi Police had held five rounds of meetings with the farmer leaders before the tractor rally.

He said that they are identifying culprits through CCTV footage and face recognition system.

"Cops dealt with the situation in a proper way that is why no one was killed due to police action during tractor rally violence," said Shrivastava.

The Delhi Police chief said that those involved in the violence will not be spared and that the farmer leaders will also be questioned.

"Police had many options, but remained calm," said Shrivastava and stated that 394 police personnel were injured, while 30 police vehicles were damaged in the violence.

He added that 19 accused have been arrested and 50 people have been detained so far.

Darshan Pal also said that the plan for the march to Parliament on Budget day (February 1) stands cancelled, however, public meetings, hunger strike will be held across the country on January 30. He said that their agitation against the new farm laws will continue.

Earlier in the day, Rashtriya Kisan Mazdoor Sangathan (RKMS) and Bharatiya Kisan Union (Bhanu) announced to end the protest in the light of violence during farmers' tractor rally on Republic Day.

The RKMS' National Convener VM Singh said, "I can't carry forward protest with someone whose direction is different. I wish them best but VM Singh and Rashtriya Kisan Mazdoor Sangathan are withdrawing from the protest."

(With inputs from PTI news agency)