A determined India has vowed that Pakistan would be compelled to pay a heavy price for its long-standing habit of supporting terrorist organisations. 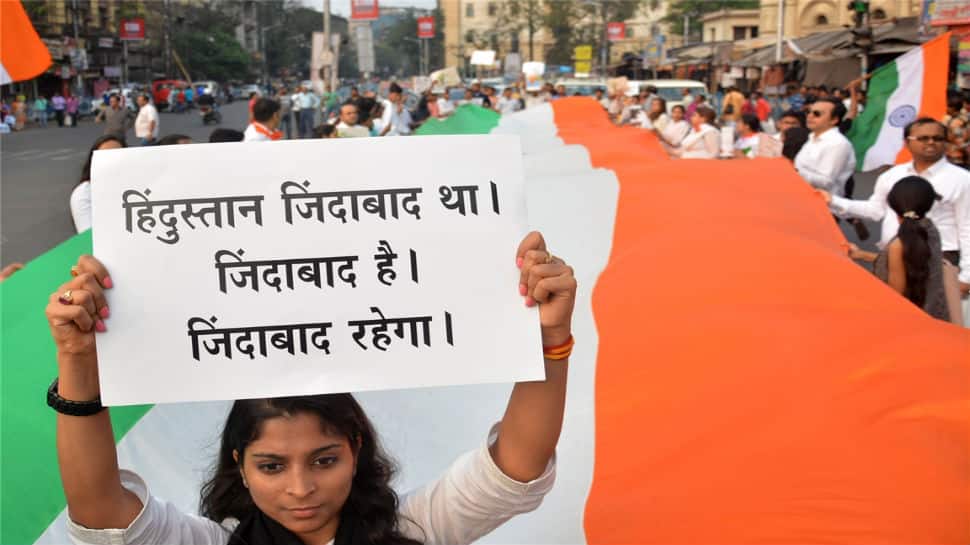 New Delhi: The past five days have plunged India into a shadow of gloom from which there has been a nation-wide outrage. In just these few days, the country has lost 45 brave souls due to the dastardly actions of terrorist organisations supported by Pakistan. And Pakistan remains in denial mode even as India continues to pile on the pressure.

The shocking and extremely unfortunate attack on a CRPF convoy in J&K's Pulwama district last Thursday led to 40 troopers being martyred. The attack was almost immediately claimed by Jaish-e-Mohammed, a notorious terrorist organisation supported by Pakistan. Even as India was coming to terms with the tragedy, Major Chitresh Singh Bisht lost his life while trying to diffuse an IED planted by terrorists near the LoC in Naushera district. His mortal remains reached his native place in Dehradun on Monday - just 19 days before he was to get married.

Monday also saw Jaish terrorists engage the Indian Army in a gunbattle in Pinglan area of Pulwama district. Four soldiers, including a Major, lost their lives.

And through these tumultuous few days, Pakistani forces have violated ceasefire a number of times - a blatant example of its unrepentant outlook.

At a time when India has moved into top gear to punish Pakistan, Islamadad feigns ignorance. Prime Minister Narendra Modi has assured that not a drop of tear would go in vain and that Indian security forces have been given full freedom to retaliate. India has also revoked the Most Favoured Nation (MFN) status given to Pakistan which could further hit its already crumbling economy. There is also a move to isolate Pakistan globally.

And while India goes into overdrive against Pakistan, there are others too looking to pile on the pressure. Iran has warned Pakistan of severe consequences after Pakistan-based terrorists killed 27 of its elite Revolutionary Guards. Afghanistan too has approached the UN Security Council against Islamabad's invite to Taliban for talks.

Here are three countries that are absolutely enraged by Pakistan's nefarious designs and its habit of waging proxy wars through terrorists. The call for even more severe steps against Pakistan is gaining momentum - especially in India. Political parties here have rallied behind the government while people are out in the streets in several cities, demanding that the fallen martyrs be avenged in the strongest possible manner. Many of the family members of the martyred bravehearts too have said that only the strictest possible action against Pakistan would suffice for them.