Citizenship Amendment Bill  protests: Vistara on Thursday cancelled two flights to Guwahati and Dibrugarh. SpiceJet and GoAir have also announced cancellation of their flights and fee waiver to all passengers travelling to/from Guwahati, Dibrugarh and Jorhat till December 13. 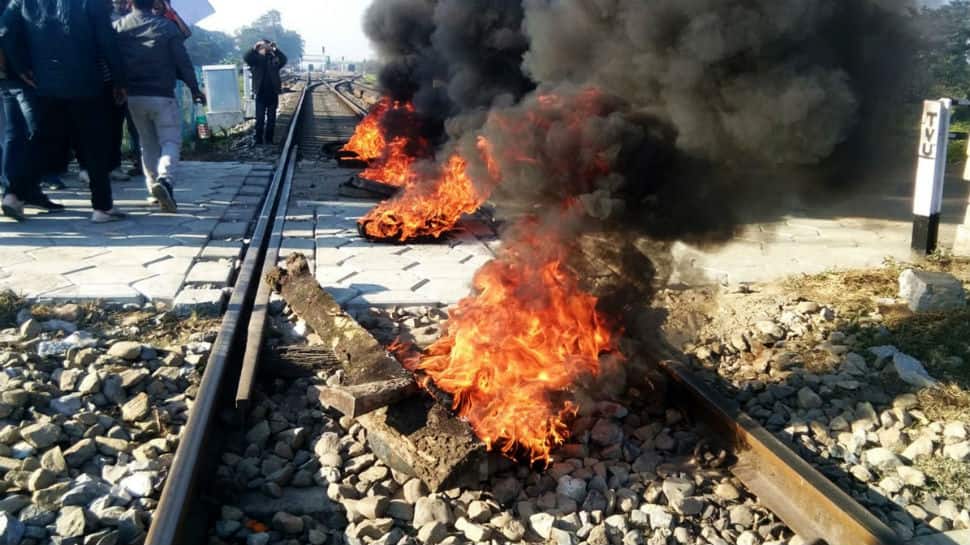 New Delhi: The passing of Citizenship Amendment Bill in the Lok Sabha and Rajya Sabha has led to massive protests across the North East, particularly in Assam. The capital city Guwahati and Dibrugarh city have been placed under indefinite curfew till further orders. In the wake of violent protests, several airlines have also cancelled their flights till Guwahati and Dibrugarh and train services have also been drastically hit.

#TravelUpdate : As per government advice due to current disturbances in Assam, flight UK725 (IXB - DIB) and UK726 (DIB-IXB) are cancelled for today. We are offering free change/ cancellation to Guwahati and Dibrugarh flights through Sunday, 15th December. 1/2

SpiceJet and GoAir have also announced cancellation of their flights and fee waiver to all passengers travelling to/from Guwahati, Dibrugarh and Jorhat till December 13.

Meanwhile, all trains in the North Frontier Railway division have been terminated or cancelled due to the protests.

An order of the Assam administration warned that violation of the "promulgation" will be punishable under Section 188 IPC and also under the relevant provision of the Indian Telegraph Act, 1885.

Indian Army said that two columns of Assam Rifles troops have been deployed in Tripura and the third column in Assam is on standby at the request of the civil Administration in Tripura and Assam.

The Citizenship Amendment Bill that seeks to grant Indian citizenship to non-Muslim refugees who came from Pakistan, Bangladesh and Afghanistan on or before December 31, 2014, was passed in the Rajya Sabha on Wednesday. One hundred and twenty five members of the Upper House voted in favour of the Bill while 105 members voted against it.

The Bill was passed with a majority of 311 votes against 80 votes in the Lok Sabha earlier.

No one can take away your rights: PM Modi appeals for peace in Assam as protests intensify