India conferred Padma Shri to Friederike Irina, a German lady popularly known as Sudevi Mataji, who has been taking care of sick & abandoned cows in Mathura for over 2 decades. 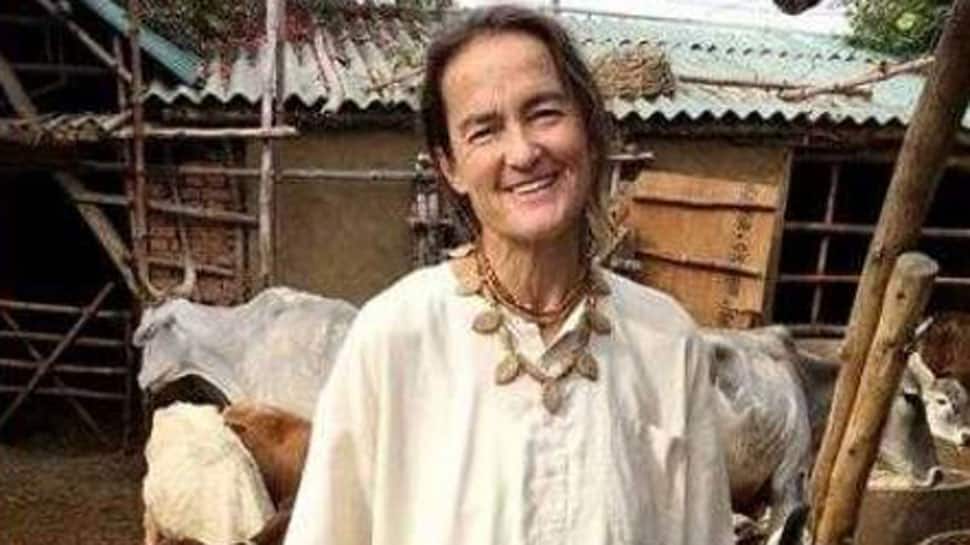 NEW DELHI: This year the government has given the prestigious Padma awards to many foreigners, including President of Djibouti, a lady who devoted her life to looking after sick cows and an ageless yogini.

A German who devoted life to taking care of cows

India conferred Padma Shri to Friederike Irina, a German lady popularly known as Sudevi Mataji, who has been taking care of sick & abandoned cows in Mathura for over 2 decades. She currently takes care of homeless, abandoned, sick, blind cows in her gaushala in the Uttar Pradesh. She started her cowshed known as "Surbhai Gauseva Niketan" and manages the monthly expenses of Rs 22 lakh for medicine, food, grain and salaries of those involved in the maintenance of the gaushala through rent from her property in Berlin.

India conferred 100 yrs old American Yoga Teacher Tao Porchon-Lynch with Padma Shri. She is the world's oldest yoga teacher and Guinness record holder in 2012 and has been teaching internationally in US, France for over 40 years. She has certified 1500 yoga teachers and is the founder of Yoga Teachers Association (USA) and Westchester Institute of Yoga.

India conferred Padma Vibhushan to President of Djibouti Ismail Omar Guelleh for extending his country's support for India's operation Rahat for rescuing Indians and foreigners from war hit Yemen in 2015. Over 5000 people were saved which included more than 4500 Indians and many foreigners. The evacuation was started by the Indian Air Force and Air India on 3rd April 2015 and was commanded by Minister of State in the Ministry of External Affairs General VK Singh. Djibouti became the main centre of the rescue operation. President Guelleh had visited New Delhi in October of 2015 during the 3rd India Africa Summit. Djibouti is also hosting Indian Embassy to Yemen till normalcy returns in Yemen.

Overall  11 persons from the category of Foreigners/NRI/PIO/OCI have been conferred Padma awards.