The Statue of Unity, dedicated to Iron Man of India Sardar Vallabhbhai Patel, is the world's tallest statue at a height of 182 metres. 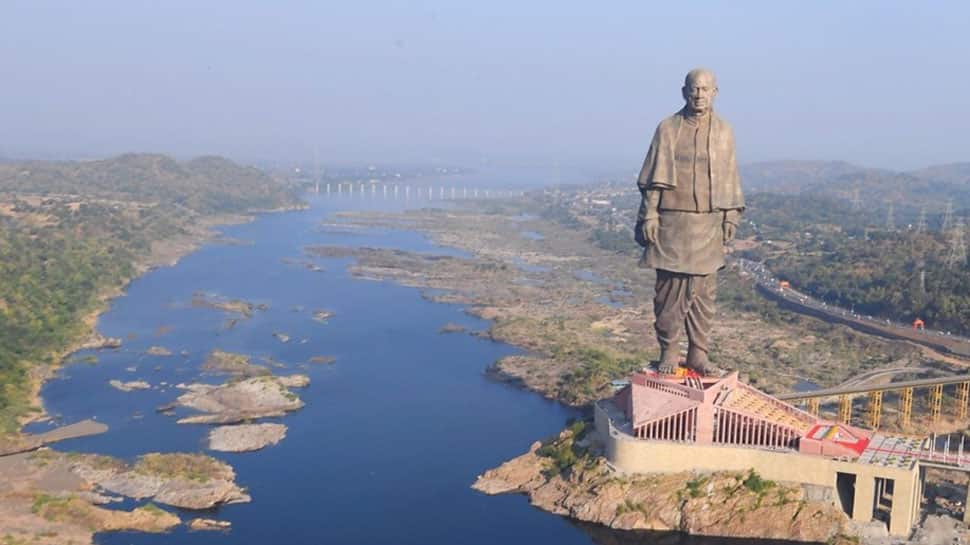 The Statue of Unity, dedicated to Iron Man of India Sardar Vallabhbhai Patel, is situated on the river island called Sadhu Bet in front of the Narmada Dam in Gujarat. It is the world's tallest statue at a height of 182 metres and a major tourist attraction.

Prime Minister Narendra Modi, who inaugurated the colossal statue in October last year, took to Twitter to share the news.

“Excellent news vis-à-vis the ‘Statue of Unity’- it finds a spot in the @TIME 100 greatest places 2019 list. And, a few days back, a record 34,000 people visited the site in a single day. Glad that it is emerging as a popular tourist spot,” wrote PM Modi.

Excellent news vis-à-vis the ‘Statue of Unity’- it finds a spot in the @TIME 100 greatest places 2019 list.

Glad that it is emerging as a popular tourist spot!https://t.co/zLSNmwCKyc pic.twitter.com/7xmjWCz9xo

In its official description, TIME Magazine writes, “The world’s tallest statue, which was unveiled last fall, stands at 597 ft. on an island in the Narmada River. It towers over the Sardar Sarovar Dam in the western Indian state of Gujarat, offering visitors the chance to see views of nearby mountain ranges from its chest.”

“The tourist attraction pays homage to Sardar Vallabhbhai Patel, who became India’s first Deputy Prime Minister in 1947. Although Patel is touted as a symbol of national unity, he has more recently been claimed as an icon of right-wing Hindu nationalists—meaning that to some critics, the record-breaking statue is a monument to the country’s political divisions, as well as to Patel,” added the magazine.

Mumbai's Soho House, which also made it to the list, is located in an 11-storey building overlooking the Arabian Sea. It houses a library, a cinema with 34 seats and a rooftop bar and pool.

“Asia’s first Soho House puts a local spin on the formula that has allowed Nick Jones’ members-­only clubs to blossom across the U.S. and Europe. Soho House Mumbai, located in a breezy 11-­story building overlooking the Arabian Sea, offers a library, a cinema with 34 seats (each with its own footstool), and a rooftop bar and pool; its Cecconi’s restaurant is open to nonmembers, as are most of the 38 hotel rooms,” writes TIME.

“The unique feel comes in the shape of block-printed fabrics from Rajasthan; handwoven cane furniture; environmentally sustainable, sari-coated lampshades; and some 200 art pieces by mostly South Asian artists, including Bharti Kher and Subodh Gupta,” it added.