The audio clip clearly shows the political angle in the alleged rape and murder incident that took place in Hathras. 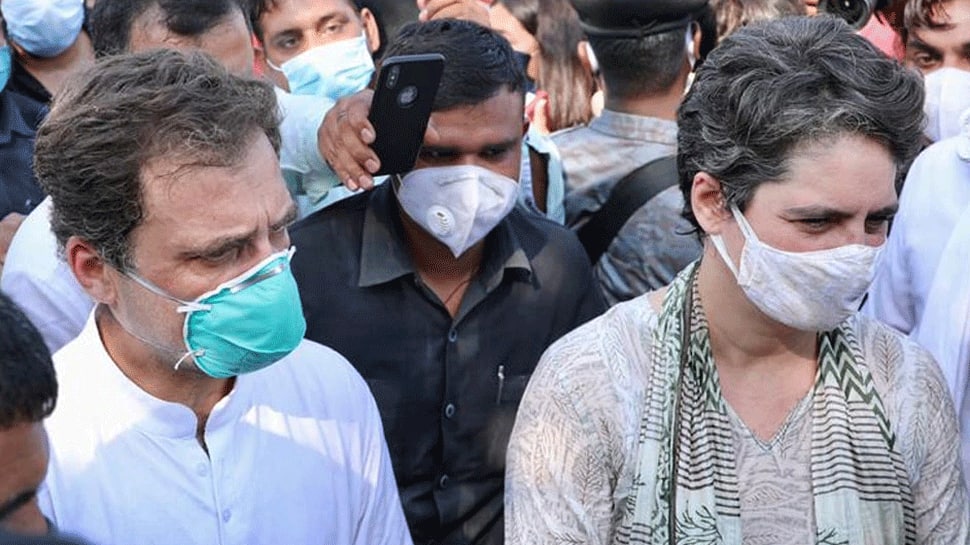 New Delhi: Two new audiotapes related to the Hathras gang-rape case have become viral in which some people are heard talking to the family of the victim.

In the tape, the victim's kin is being urged to speak against the police and the government in front of the media and also asked to wait for the arrival of Congress leaders Rahul and Priyanka Gandhi before making the statement.

In one of the audio clips, some unknown persons can be heard talking to the victim's brother Sandeep and asking him to stay at home until Priyanka Gandhi arrives.

This audio clip has once again raised questions against the Congress party.

The person talking to the victim's family is also heard suggesting them not to settle for Rs 25 lakh but to ask for Rs 50 lakh compensation.

The audio clip clearly shows the political angle in the alleged rape and murder incident that took place in Hathras.

However, ZEE NEWS does not confirm the veracity of both the viral audio clips.

The Uttar Pradesh Police on Thursday filed an FIR against Congress leaders Rahul Gandhi, Priyanka Gandhi Vadra, and 201 party leader for violation of prohibitory orders while walking towards Hathras to meet the Dalit rape victim's family.

The FIR has been lodged in Ecotech One Police Station of Greater Noida and there are several serious sections against these people in the FIR. The case has been filed by Gautam Budh Nagar Police.