HBSE class 12th Result 2020: Supplementary exam for those who did not pass in Haryana class 12 board exams

As per reports available, the dates for supplementary exams will be notified later by the board on its official website. 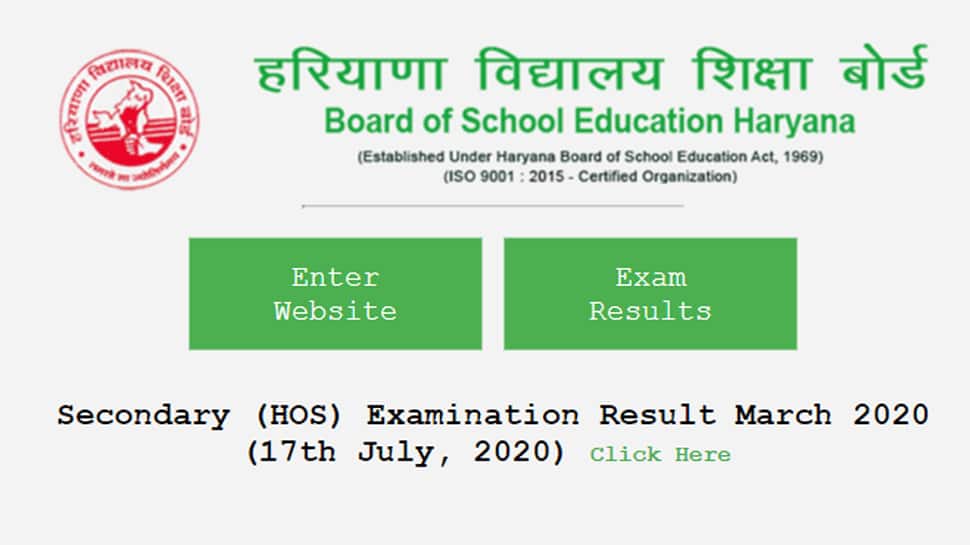 The Board of School Education Haryana (BSEH) is all set to announce BSEH Haryana Board class 12th results 2020 on Tuesday (July 21). According to media reports, the results will be declared at 5 pm today.

Once officially declared, the results will be available on BSEH's official website- bseh.org.in.

Students who fail in any subject in HBSE 12th examination will get to appear in supplementary/compartment exams. As per reports available, the dates for supplementary exams will be notified later by the board on its official website.

In the wake of the coronavirus pandemic, the Board would not be releasing HBSE 12 Result 2020 on noticeboards this year, to prevent the gathering of students on campus. Hence, students have been advised against visiting their school campus to check the marksheet.

Haryana Board Secretary Rajiv Prasad had earlier announced that BSEH has already completed its preparations to announce BSEH class 12 results on July 21. The BSEH class 12 results 2020 will be declared on the basis of average marks of already appeared exams. A student must score a minimum of 33 per cent to pass the exam. In the year 2019, 74.48 per cent students had passed the exam.

Around 2.15 lakh candidates had appeared in the Haryana Board Class 12 exams in 2019 and 74.48 per cent of students had passed.

Step 1. Students should first visit the official website-bseh.org.in
Step 2. Click on the link on the homepage “Class 12 exam results”
Step 3. Students can see a new page appearing on the screen
Step 4. Now, you should key in your credentials and login
Step 5. You can see your result on the display screen
Step 6. Students are advised to download their results and take its print out for future use

Haryana Board class 12th examinations had started on March 3 and ended on March 31, 2020. However, due to the coronavirus outbreak and nationwide lockdown, several exams of the Haryana Board were called off.

According to the HBSE, marks of subjects whose exams were cancelled, will be assessed on the basis of an alternative assessment scheme. Students will be marked on the basis of their average score in the already appeared exams.