Health Minister Mangal Pandey was busy in a meeting with Union Health Minister Harsh Vardhan and his deputy Ashwini Kumar Choubey when he appeared more concerned about the cricket match. 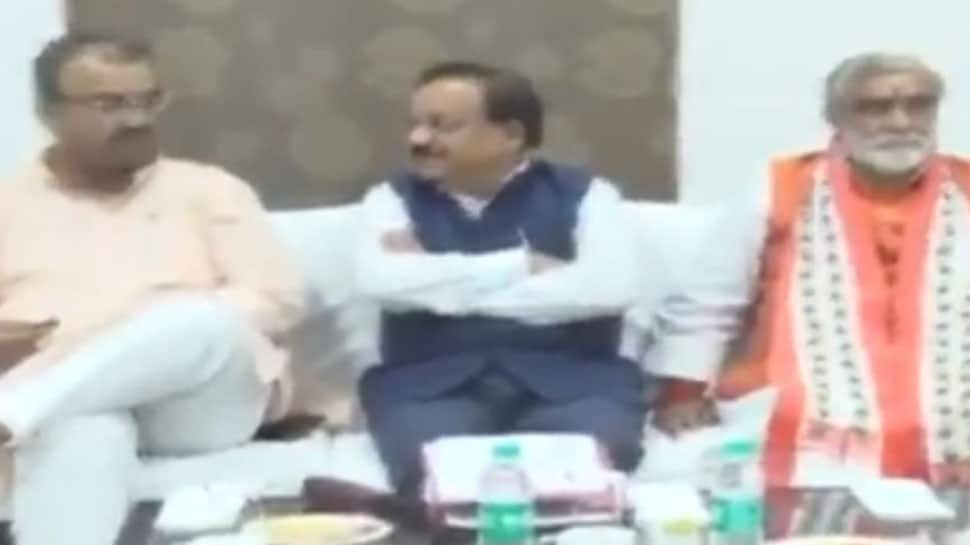 NEW DELHI: At a time when Bihar is grappling with Acute Encephalitis Syndrome (AES), which has claimed the lives of 126 children in Muzaffarpur, the state Health Minister Mangal Pandey was on Sunday caught on camera asking the score of India-Pakistan cricket match during a meeting held to discuss the situation.

Pandey was busy in a meeting with Union Health Minister Harsh Vardhan and his deputy Ashwini Kumar Choubey when he appeared more concerned about the cricket match and was heard asking about the score of the match. “Kitne wickets gaye? (How many wickets have been taken?)," Pandey can be heard saying. Dr Harsh Vardhan had called the meeting after he visited the families of ailing children admitted at hospitals in Muzaffarpur.

Meanwhile, the National Human Rights Commission (NHRC) on Monday issued a notice to Chief Secretary, Government of Bihar and Secretary, Union Ministry of Health and Family Welfare, calling for a detailed report in deaths due to AES in Muzaffarpur.

The NHRC has also sought a report from Bihar government providing details about the status of implementation of National Programme for Prevention and Control of Japanese Encephalitis Virus/ Acute Encephalitis Syndrome (NPPCJA) and other steps taken to deal with the situation. It is expected that the Bihar government would submit the report within four weeks.