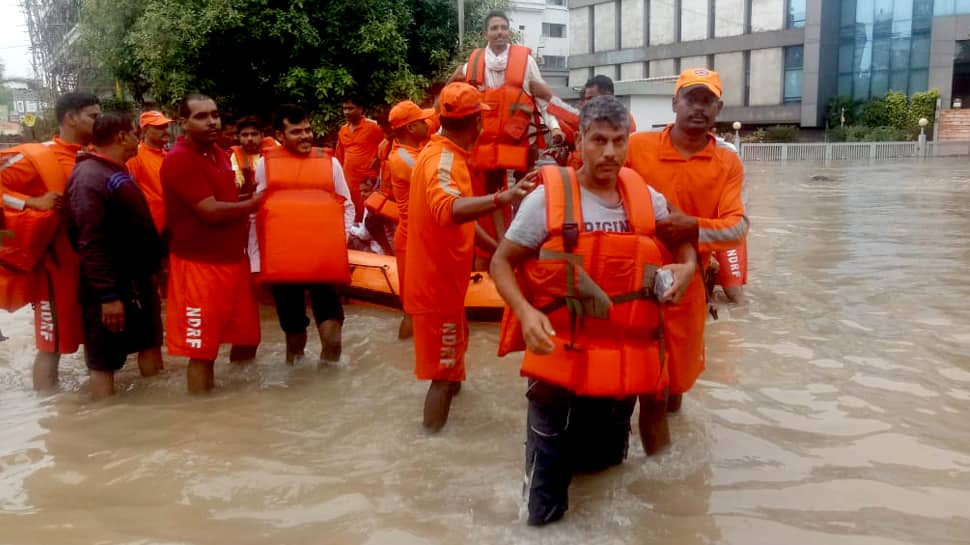 Heavy rainfall disrupted normal life out in Gujarat's Vadodara on Thursday as the city and its nearby areas witnessed a flood-like situation. Local authorities along with National Disaster Response Force (NDRF) teams have been deployed to shift people from low lying areas to safer locations.

Chief Minister Vijay Rupani held a high-level meeting on the "heavy rain situation" and "instructed officials to leave no stone unturned to counter any adverse situation."

All the six bridges in Vadodara city have been closed and River Vishwamitri has started overflowing. More than 4,000 people evacuated so far from submerged areas.

Vadodara railway station shut down and over 22 trains cancelled. Two flights were diverted to Ahmedabad due to waterlogging. Indian Meteorological Department has predicted heavy to very heavy rainfall at isolated places over Gujarat.

All the schools and colleges have been ordered to remain shut for Thursday.