Sources have told Zee News that the order for stepping up security came from the Indian Air Force headquarters. 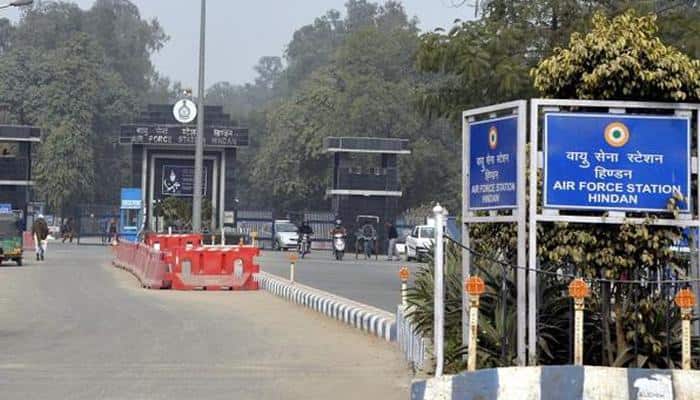 The Hindon Air Force Station has been put under high alert following security concerns. Three schools, that function within the premises of the Hindon airbase, have also been asked to remain closed in the wake of the security threat. Security has been stepped by in the area.

The Hindon Air Force Station plays a key role in ensuring the safety and security of Delhi and National Capital Region area on the whole.

Sources have told Zee News that the order for stepping up security came from the Indian Air Force headquarters. Search has also been launched to look for any suspect within the force.

There are two Kendriya Vidyalaya and one Air Force School within the premises of the airbase. Entry of students as well as faculty members of the schools has been prohibited for Saturday by the authorities.

The fresh threat comes even as the national capital is on high alert in the wake of prevailing situation in Jammu and Kashmir following the abrogation of Article 370, and the Independence Day celebrations. Intelligence agencies have already warned of terror threats emanating from across the border.

There have also been reports of several terrorists waiting in Pakistan-occupied-Kashmir along the Line of Control to get the opportunity to enter the Indian territory. According to sources in the intelligence agencies, the terrorists might even take the Gujarat route to enter India.

In July, one man was arrested for entering the restricted area of the Hindon Air Force Station. The man was later identified as Mukesh. A case under relevant sections of the law was registered against him at the Sahibabad police station.