The police has registered two cases under sections 420 and 120 (b) IPC under the Telangana gaming act. 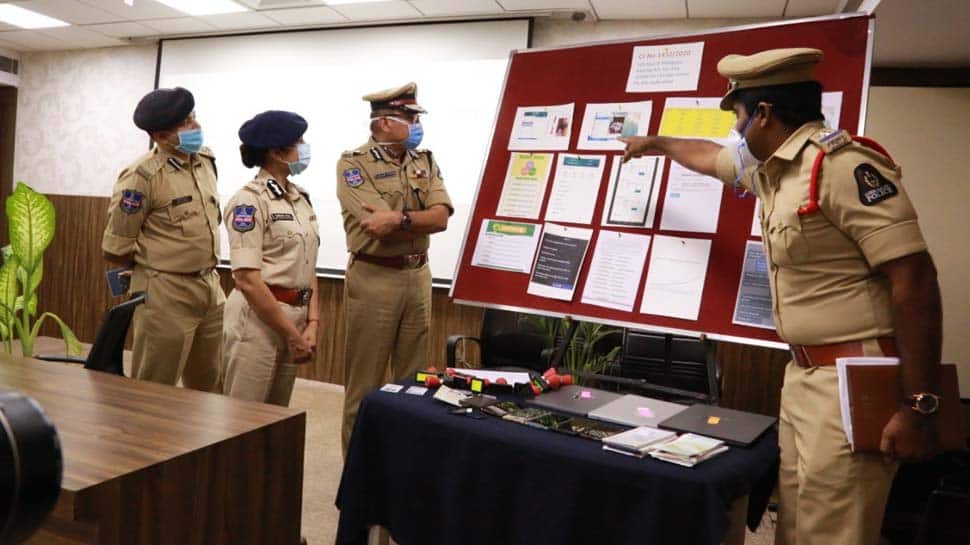 Hyderabad: In an alarming development, the Hyderabad Police on Thursday arrested four people, including a Chinese national Yah Hao and three Indian nationals for online gaming racket. Hao is the head of operations for South-East Asia. The police has registered two cases under sections 420 and 120 (b) IPC under the Telangana gaming act.

This is alarming more so because some Chinese nationals are obtaining business visas and indulging in this kind of fraud which is spread all across India. Recently, cases of suicides due to online betting were reported from Telangana along with other states in the country.

As per investigation carried out by the Hyderabad police, it was found that online gaming was being organised by initiating prospective gamers through Telegram groups. The entry is by reference only and members who introduce a certain member are paid a commission on the lines of MLM (multi-level-marketing). On these groups, the admins will indicate the websites (which change daily) on which the registered members play games and place bets.

"We got two complaints wherein Rs 97,000 and Rs 1,64,000 was siphoned. The amount looked small but when we investigated we found this racket is big and the modus operandi is different,'' said Hyderabad Police Commissioner Anjani Kumar.

The domain name servers of the gaming websites are based out of China and the data hosting services is cloud-based in the United States and are operated from China. The entire technical operation is run by China-based directors/partners of these companies. The payments are routed through India-based payment service providers like Paytm and Cashfree. These fraudulent companies are controlled through a firm called Beijing T Power company based out of China.

"The websites and the programmed gaming is such that at first, you will feel you are winning but slowly you lose money for sure. Not only gaming, but these Chinese are also enticing gullible Indians to dangerous dating apps, phishing and fleecing money,'' informed Shikha Goel, Additional Commissioner (Crimes), Hyderabad City Police.

Till now there are 28 such complaints from all over the country and the group was planning to register a company in the Cayman Islands. The total value of the inward transaction on the two accounts traced so far is nearly Rs 1,100 crores majority of which is in 2020. Most of the remittances have been transferred to different accounts some of which are in overseas. Total overseas remittances known as of now is Rs 110 crores.