The bodies of the accused have been preserved in the Gandhi Medical College since the last few days on court's order. 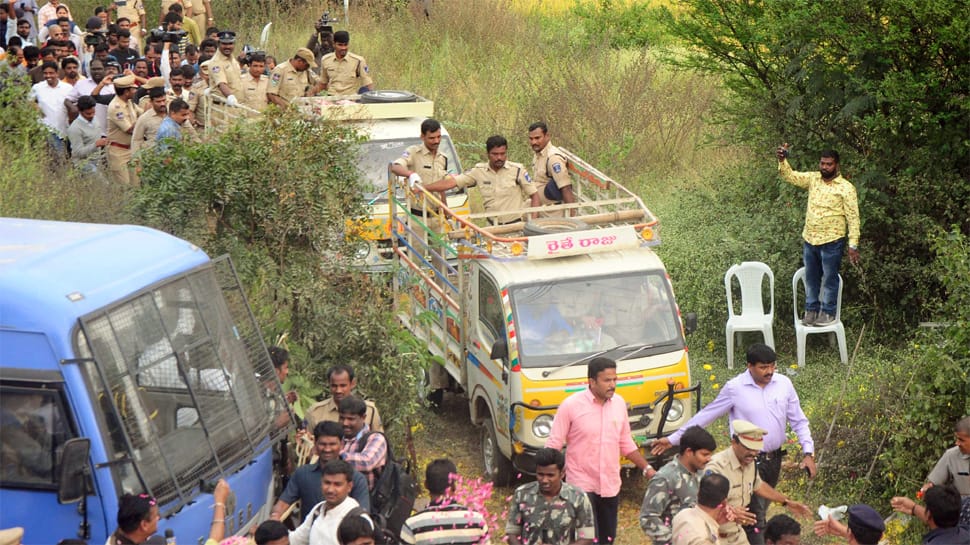 New Delhi: The Telangana High Court on Saturday ordered a re-postmortem of the mortal remains of the four accused in the brutal rape-murder of Hyderabad veterinarian. The four accused were shot dead by Hyderabad police earlier this month during an encounter.

The bodies of the accused have been preserved in the Gandhi Medical College since the last few days on court's order.

The encounter happened at the crime scene in Shadnagar, around 60 km from Hyderabad. The police had taken the accused - Mohammed, Jollu Shiva, Jollu Naveen and Chintakunta Chennakeshavulu - for re-construction of events as part of the investigation. However, the four of them tried to escape from the spot and also attacked the police. They tried to snatch weapons from the officials too, after which, the police, in self-defense, opened fire on them.

On December 10, the Supreme Court ordered setting up of a three-member inquiry commission to probe the Telangana encounter case and stayed proceeding before Telangana High Court and National Rights Commission (NHRC) until further orders.

Migrants from Pakistan, Bangladesh, Afghanistan should be thrown out: Raj Thackeray