The 7th edition of the Fire Power Demonstration (FPD) of the Indian Air Force will showcase all weather day-dusk-night operations on 16 Feb at Pokhran range, Rajasthan. 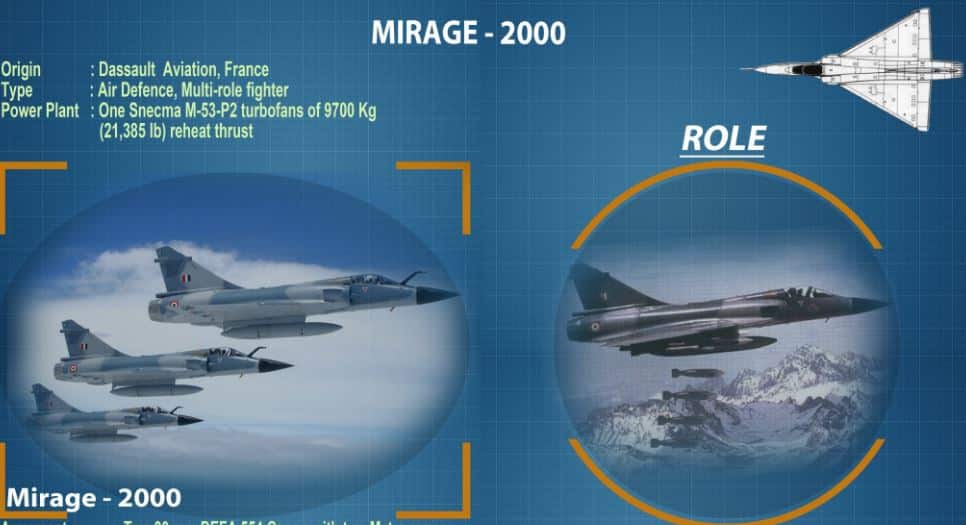 Mirage-2000 is used by the IAF in air defence & ground attack missions. The aircraft has all-weather interception capability and it comes equipped with a full range of weapons and electronic warfare suite.

The aircraft comes loaded with retractable tricycle type landing gear by Messier-Dowty, with twin nosewheels and a single wheel on each main gear. A runway tailhook can be fitted under the tail of this aircraft. The aircraft flight control system is fly-by-wire.

"The 7th edition of the Fire Power Demonstration (FPD) of the Indian Air Force will showcase all weather day-dusk-night operations on 16 Feb at Pokhran range, Rajasthan," the IAF had tweeted.

IAF's Vayushakti 2019 is scheduled to be held on February 16 at Pokhran Air to Ground Armament range near Jaisalmer in Rajasthan. The IAF will use the exercise for the demonstration of its firepower and showcase the ever-increasing potential of IAF's combat platforms.