The aircraft has a maximum speed of 2,230 km/hr (Mach 2.1) and carries one 23mm twin-barrel cannon with four R-60 close combat missiles. 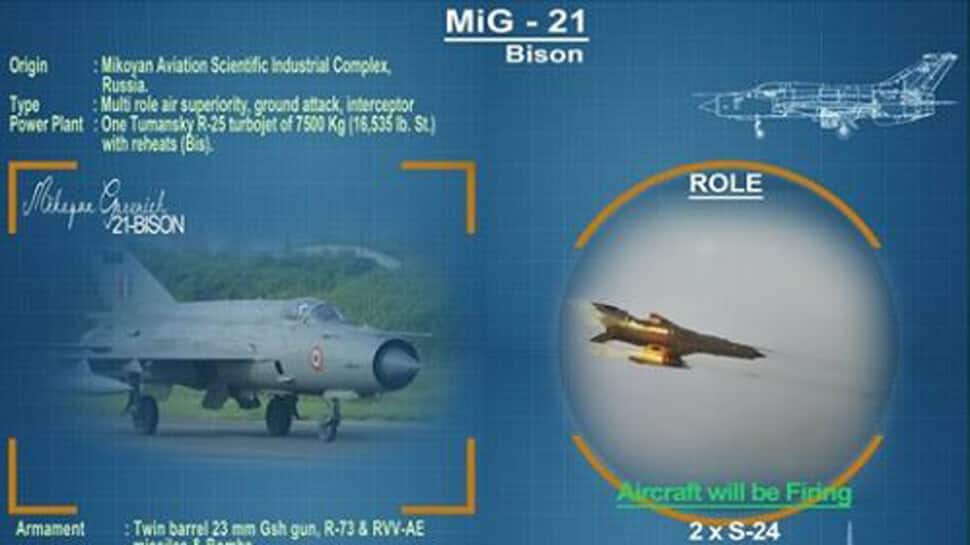 POKHRAN: The Indian Air Force's (IAF) MiG-21, one of the most widely used fighter aircraft of the country, will be seen displaying its ground attack during the all-weather day-dusk-night operations at the Vayushakti 2019 drill on Saturday.

The event, which will demonstrate IAF's full spectrum combat and fire capabilities, will take place in Pokhran Air-to-Ground Armament Range near Jaisalmer in Rajasthan.

Forming the backbone of the IAF is the MiG-21 BISON, which is a single engine, single seater multirole fighter aircraft of Russian origin.

It also features modern Radar and Avionics systems and carries a mix of air-to-air and air-to-ground weapons.

"#Vayushakti2019 : MiG-21 – The MiG-21 is the most widely used fighter aircraft. The MiG-21 Bison is a Multi-role, all-weather air defence aircraft. The aircraft is equipped with modern Radar & Avionics systems and carries a mix of air to air & air to ground weapons," the IAF posted on their official Facebook page.

First such demonstration was held on July 21, 1953, at Tilpat range in New Delhi. The last demonstration at Tilpat was conducted on March 18, 1989, and thereafter, the event moved to Pokharan range in Rajasthan, which shares the border with Pakistan.

Pulwama suicide bomber was radicalised after he was beaten by troops, claim parents