Mumbai's former Commissioner of Police, Rakesh Maria, in his tell-all book "Let Me Say It Now" has written about his experience in crucial cases. He breaks his silence on several controversies that were part of his police career, in his book, which was released on February 17. 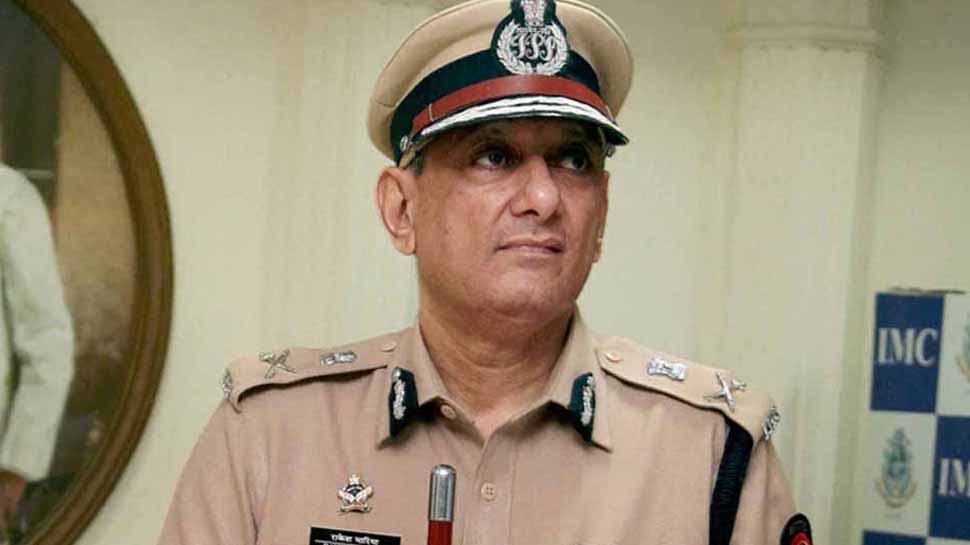 MUMBAI: Former Mumbai Police Commissioner Rakesh Maria, in his tell-all book "Let Me Say It Now," has written about his experience while probing crucial cases. He also broke his silence on several controversies that were part of his police career, in his book, which was released on February 17.

Here is an excerpt from this book where he talks about his unceremonial transfer from Mumbai after reports of a brawl in an eatery in Bandra. The incident happened just after the Assembly elections of 1999 in which the Congress-NCP alliance came to power.

The Maharashtra Assembly elections were held in September 1999 and the Congress-NCP alliance came to power and I was thrown out. Why? Because one day an acquaintance phoned me and asked, 'Have you heard of what happened in Bandra last night?'

No, I hadn't. I had not heard that some men had wined and dined in a restaurant in Bandra and when handed their bill, they had felt insulted and offended that they should be asked to pay. They had an altercation with the staff who had insisted on payment. The men had paid and left, only to return with some more of their colleagues. Then they had smashed the glass on the counter. They had pushed, slapped and abused the staff. The management had attempted to lodge a complaint at the police station, but the officer had dilly-dallied and finally asked them to come the next day. 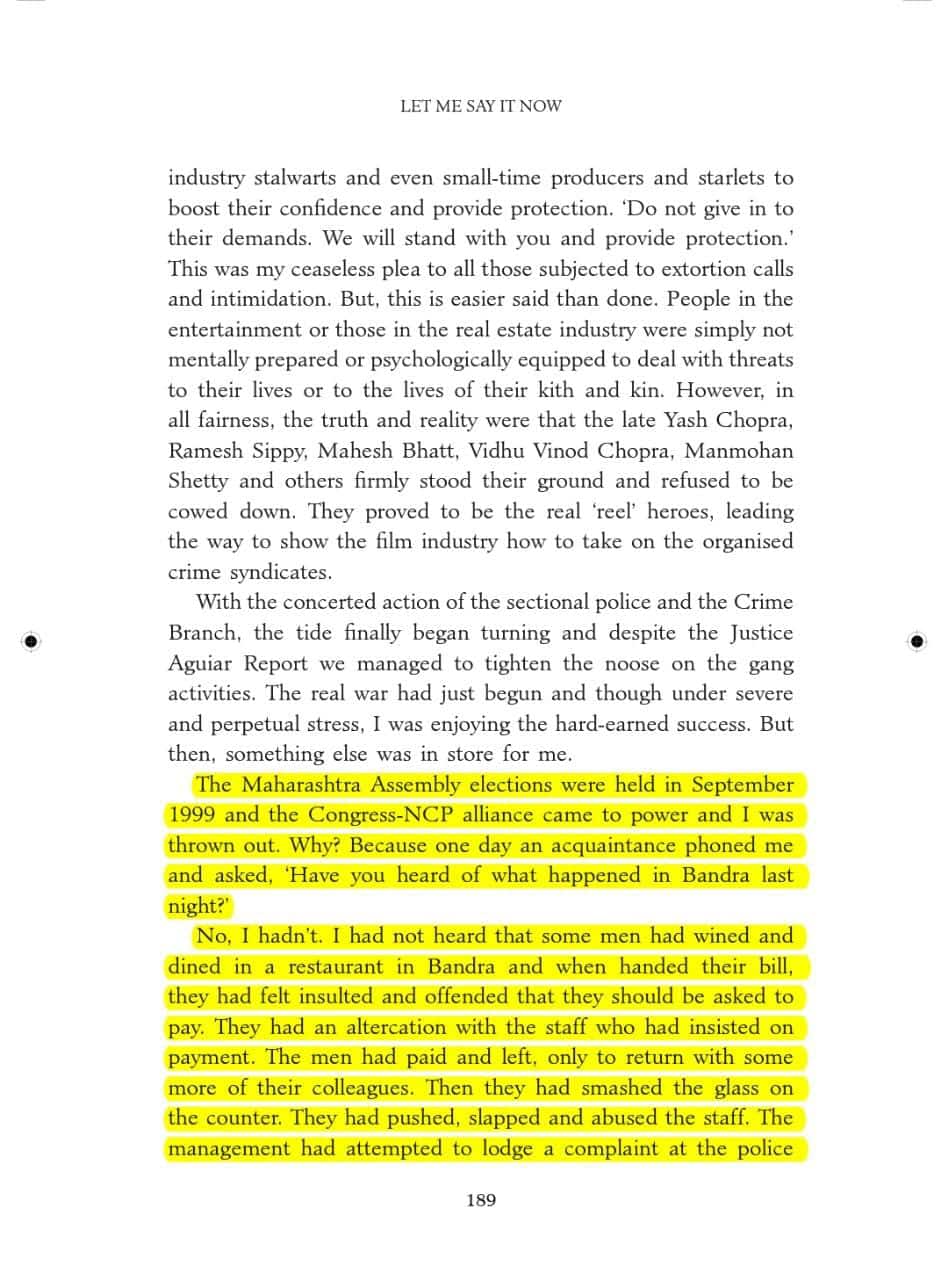 I immediately made enquiries with the police station and was told that nobody had come to lodge such a complaint. I told them that the complainant would be coming to the police station and they must lodge the FIR, investigate the matter and bring the culprits to book. Within half an hour, I received a call from the office of the Deputy Chief Minister, saying that a false complaint was being lodged and the police should not entertain it. I was firm and said that the police would follow the due process, conduct a fair and impartial investigation and take the offence to its logical conclusion. Knowing that I was closely monitoring the case, the investigation was impartially conducted and the accused were arrested sometime in November. 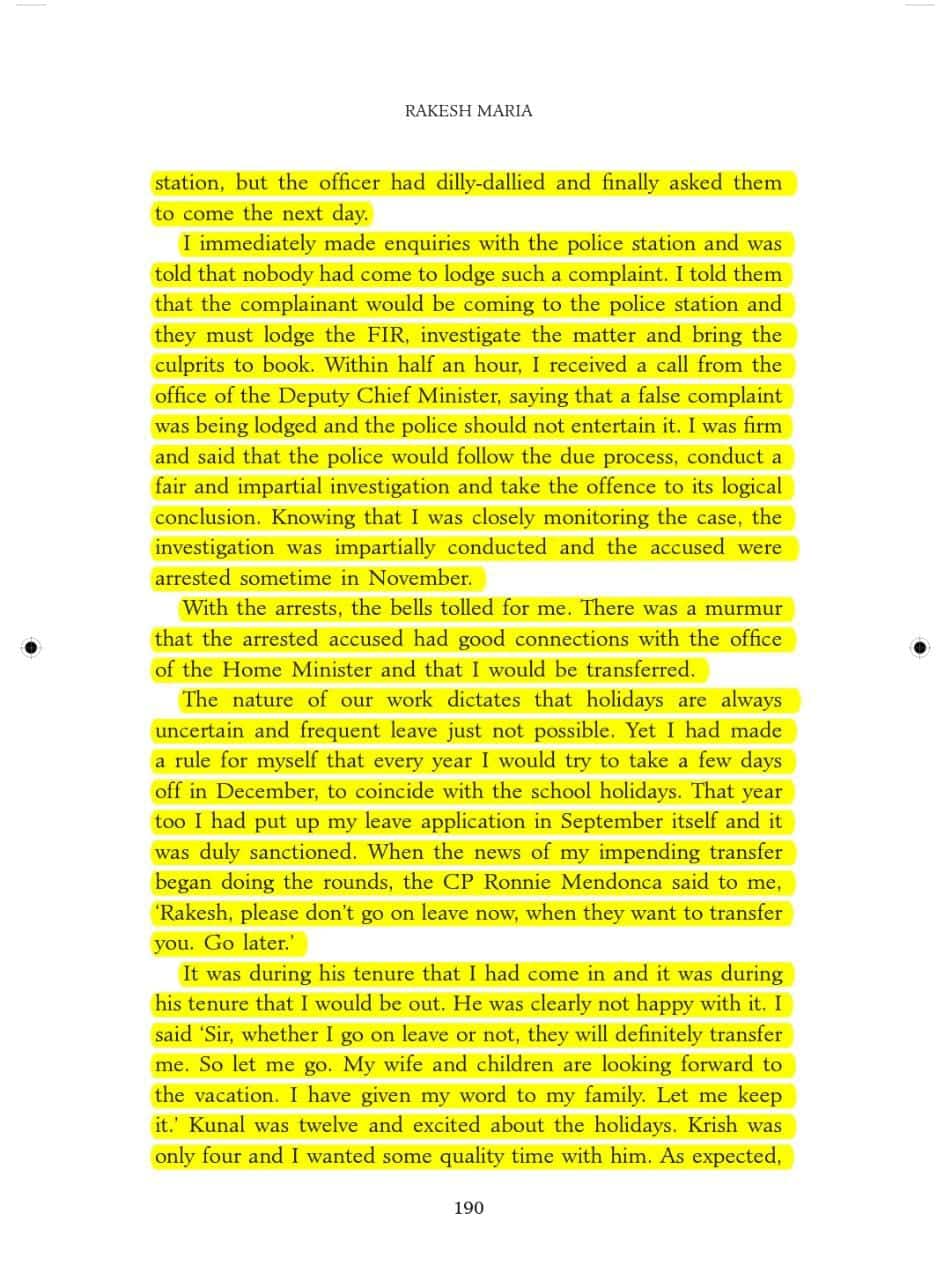 With the arrests, the bells tolled for me. There was a murmur that the arrested accused had good connections with the office of the Home Minister and that I would be transferred. The nature of our work dictates that holidays are always uncertain and frequent leave just not possible. Yet I had made a rule for myself that every year I would try to take a few days off in December, to coincide with the school holidays. That year too I had put up my leave application in September itself and it was duly sanctioned. When the news of my impending transfer began doing the rounds, the CP Ronnie Mendonca said to me, 'Rakesh, please don't go on leave now, when they want to transfer you. Go later.' It was during his tenure that I had come in and it was during his tenure that I would be out. He was clearly not happy with it. I said Sir, whether I go on leave or not, they will definitely transfer me. So let me go. My wife and children are looking forward to the vacation. I have given my word to my family. Let me keep it.' 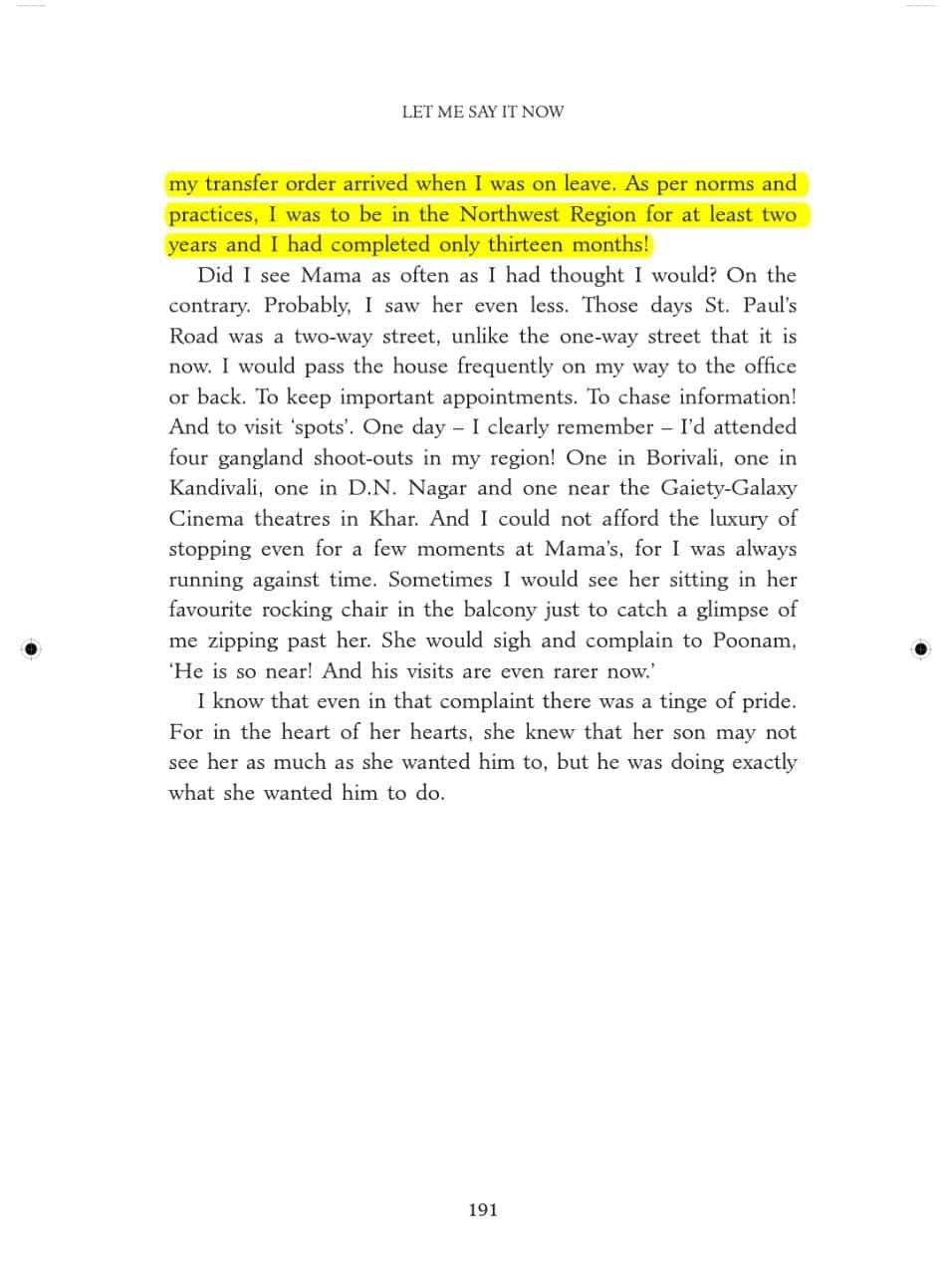 Kunal was twelve and excited about the holidays. Krish was only four and I wanted some quality time with him. As expected, my transfer order arrived when I was on leave. As per norms and practices, I was to be in the Northwest Region for at least two years and I had completed only thirteen months!

Maria was a former Indian Police Officer he last served as the Director-General of Home Guards and before that he served as the Police Commissioner of Mumbai.

Maria has been credited to have cracked the Bombay serial blasts case in 1993, the Gateway of India and Zaveri Bazaar twin blasts case in 2003. It was Rakesh Maria who had been given the responsibility of investigating the 26/11 Mumbai attacks.

Multiple houses damaged in Pakistan shelling along LoC in Poonch