India a country of political stability with commitment to democracy and diversity, says PM Narendra Modi at US-India Forum

The PM highlighted that India has undertaken far-reaching reforms to make business easier and red-tapism lesser. 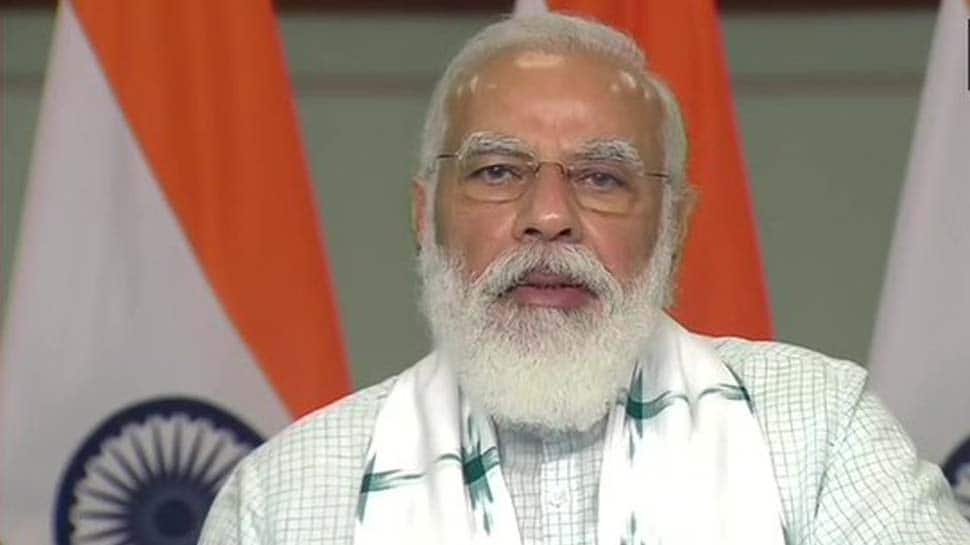 Prime Minister Narendra Modi on Thursday asserted that India is a country of political stability and policy continuity with a commitment to democracy and diversity. Delivering a special keynote address at the US-India Strategic Partnership Forum's 3rd Annual Leadership Summit, the PM highlighted that India has undertaken far-reaching reforms to make business easier and red-tapism lesser.

"Despite our large local needs, we did not shy away from our global responsibilities. We supplied generic medicines to the world. We are also at the forefront of vaccine research. You have a govt that believes in delivering results and you are looking at a country with political stability and policy continuity commitment in democracy and diversity," he said.

He stated that for challenges in India, "you have a government that believes in delivering results", for which ease of living is as important as ease of doing business. "You are looking at a young country with 65 per cent population less than 35 years old," said PM Modi. The PM said that India is becoming a major attraction for foreign investments adding that "we have received USD 20 billion in foreign investment in 2020".

Speaking on the COVID-19 pandemic, PM Modi said that it may have impacted several things, but not aspirations and ambitions of 130 crore Indians. He added that India scaled up its COVID-19 facilities in record time, adding that the current situation demands a fresh mindset which is human-centric.

The PM also said that India was among the first to advocate face coverings as a public health measure and to create a campaign about social distancing.

"The pandemic has impacted several things but it has not impacted the aspirations and of ambitions of 1.3 billion Indians. In recent months, there have been far-reaching reforms. These are making business easier and red-tapism lesser," said PM Modi.

"India, a country with 1.3 billion people and limited resources, has one of the lowest death rates per million in the world. The recovery rate is also steadily rising," he added. "When 2020 began, did anyone imagine how it would pan out? A global pandemic has impacted everyone. It's testing our resilience, public health system and economic system. The current situation demands a fresh mindset where the approach to development is human-centric," the PM added.

He said that 1.3 billion Indians have embarked on one mission to make an 'Aatmanirbhar Bharat' (self-reliant India). "Aatmanirbhar Bharat merges the local with the global. It ensures India's strengths act as a global force multiplier," he said.

PM Modi said his government launched one of the largest support programmes for the poor globally following the COVID-19 outbreak in form of the Pradhan Mantri Garib Kalyan Yojna, under which free foodgrains have been provided to over 80 crore people.