The first night trial of nuclear-capable Agni-III was conducted from the Abdul Kalam Island off Odisha coast on Saturday (November 30). 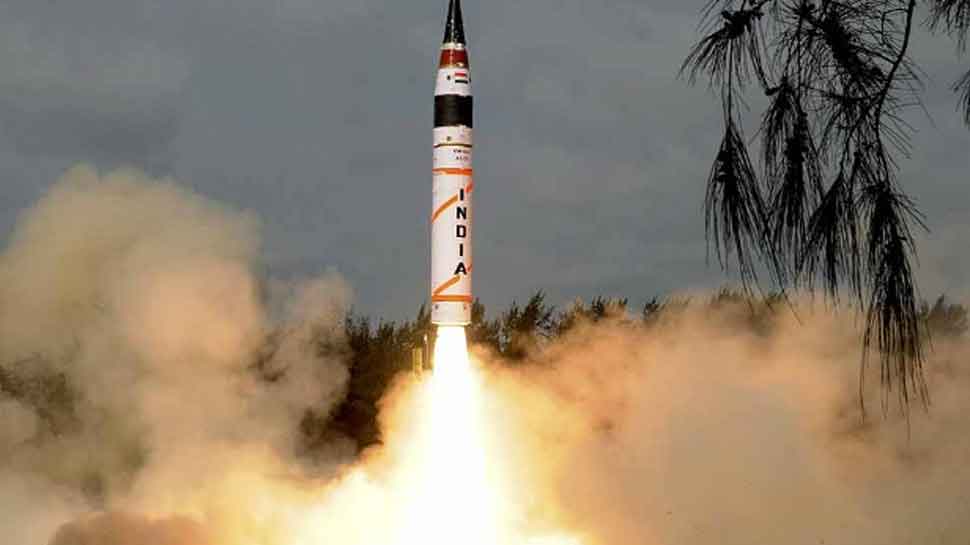 In a major boost for Indian armed forces, the first night trial of nuclear-capable long-range ballistic missile Agni-III was conducted from the Abdul Kalam Island off Odisha coast on Saturday (November 30).

It is to be noted that Agni-III missile, which has a strike range of 3,000 km to 5,000 km, was inducted into the armed forces in June 2011. The missile is capable of carrying conventional as well as nuclear warheads weighing up to 1.5 tonnes. Sources said that the night trial was carried out from a mobile launcher at the Integrated Test Range off Odisha coast. Agni-III missile
has a length of 17 meter, diameter of 2 meter and its launch weight is around 50 tonnes.

Sources said that the trial was carried out by the Strategic Forces Command of the Indian Army and the logistic support was provided by the Defence Research and Development Organisation (DRDO). Agni III is powered by a two-stage solid propellant system and is equipped with hybrid navigation, guidance and control systems. The missile also comes equipped with advanced on-board computer. The electronic systems of this missile are hardened for higher vibration, thermal and acoustic effects.

According to DRDO, Agni-III is the mainstay of nuclear arsenal of India. On November 16, India had successfully conducted the first night trial of nuclear-capable intermediate-range ballistic missile Agni-II from the Abdul Kalam Island off the Odisha coast. The Strategic Forces Command of the Indian Army had test-fired the versatile surface-to-surface medium-range nuclear-capable missile from launching complex IV of the Integrated Test Range on November 16.